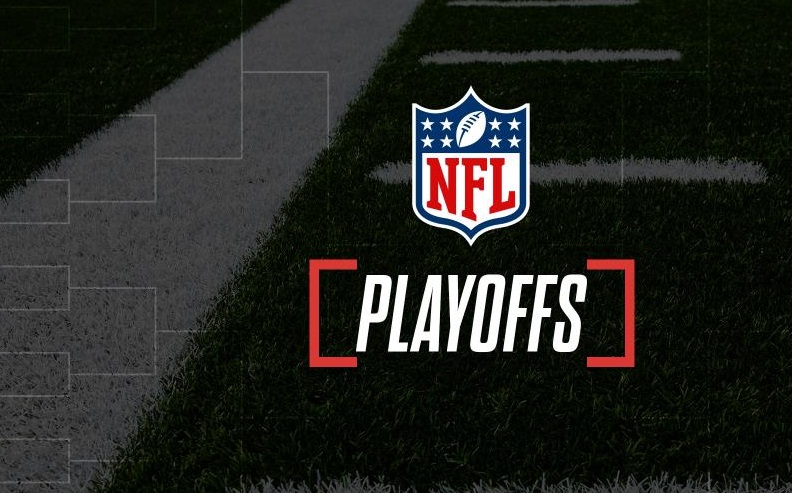 The last ticket to the NFC playoffs was decided this way:
The lions hold on for an away win over the Packers, Seahawks get into playoffs.
Detroit pulls off an upset and defeats visiting Green Bay at Lambeau Field 20-16.

Detroit with an interception that could prove key
The lions defense gets the job done and brings the team close to victory.

KERBY JOSEPH. HIS THIRD INT OF RODGERS THIS YEAR.

Lions with a methodical offensive series take the lead once again.
The game is 20-16 with Detroit in front and putting Packers against the wall for the time being.

The packers respond and cling to the playoffs
Green Bay didn’t waste much time and they regain the lead over Detroit in the game now 16-13.

Rodgers to Lazard. @Packers answer back!

The lions take lead, and knock off the Packers for now
A big offensive series by Detroit puts them ahead on the scoreboard for the first time in the game with a 13-9 win over Green Bay.

Who else but Jamaal Williams? @Lions take the lead.

Packers miss key field goal
Crosby missed a field goal that would have put the game 12-6 for Green Bay, the game remains close and the Lions are looking to put the foot down on the home side.

Detroit gets closer once again on the scoreboard
Kicker, Michael Badgley, kicks a field goal for the visitors, a very close game that reaches halftime with a score of 9-6 with the Packers ahead of the Lions.

Crosby is GOOD again, this time from 48. #DETvsGB | #GoPackGo pic.twitter.com/NyGp3yJNkA

Green Bay gets back in front on the scoreboard.
One more field goal by Crosby at the moment would have the Packers in the playoffs at 6-3.

Lions tie the game
Things won’t be easy for Green Bay, the Detroit team scored a field goal to make it a 3-3 game.

Packers strike first
An offensive series in which Green Bay looked in rhythm but ultimately comes away with a field goal to take a 3-0 lead.

The last ticket in the National Conference is on the line
The Lions and Packers are ready at Lambeau Field in Green Bay.

.@Lions looking for their first winning season since 2017.

Seahawks defeat Rams in overtime
Seattle did its job and now requires the Lions to defeat the Packers in the 19:25 game to qualify for the playoffs.

Seahawks vs Rams goes to overtime
Everything will be defined in overtime, with the victory, the Seahawks could still have a chance to qualify for the playoffs.

Jalen Ramsey saving the touchdown
The Rams cornerback is having an outstanding game, he already had an interception and here he saved his team from six points.

Rams look to shut out Seahawks
Los Angeles is ahead on the scoreboard with a field goal, a very exciting last quarter is coming.

Commanders showcase Cowboys
The Dallas team is in the playoffs but seems not to be in good rhythm as their offense can’t generate points and are losing to Washington.

The 49ers already pummel the Cardinals
The San Francisco team is proving that it is one of the favorites in the National Conference with its great offensive power and solid defense.

Elijah Mitchell gets his 2nd TD of the game.

The seahawks already tie the game against the Rams
An excellent pass by Geno Smith gives Seattle a momentary tie against Los Angeles, the home team needs a win to qualify for the playoffs.

The definition of a dime 🎯 @GenoSmith3

Philadelphia putting order to Giants
The Eagles are showing why they are the best team in the National Conference and are 16-0 up on New York with a great display of ground attack.

Losing count of Boston Scott touchdowns against the Giants.

Rams pull off upset in Seattle
Los Angeles is putting the foot down on the Seahawks, who would be out of the playoffs if they lose.

49ers go into halftime with the lead.
San Francisco extended the lead before halftime and will have the first possession of the third quarter with Brock Purdy at the controls.

San Francisco turns around Cardinals
The San Francisco 49ers reacted very early in the game and turned the Cardinals around. Christian McCaffrey took the ball to the diagonals for the 6-7.

Arizona strikes first against 49ers
The Arizona Cardinals jumped out to an early lead against San Francisco, taking a 6-0 lead on a deep pass from David Blough to AJ Green.

Patriots say goodbye
A 23-35 loss to the Bills and the Miami Dolphins’ 6-11 win over the Jets ended all aspirations for the Patriots, who are out of the NFL postseason.

Miami makes the playoffs
Miami Dolphins will be playing in the wild card round against the Buffalo Bills thanks to a 6-11 win over the Jets. The Dolphins return to the postseason after a 7-year absence.

Ending the regular season with a DUB! pic.twitter.com/yugPLEFn5h

Buffalo attacks and mistreats the Patriots
The Patriots’ joy was short-lived, as the Bills answered right back. Josh Allen found Stefon Diggs to make things 35-23…. The Pats are coming off a bye in the NFL season.

JOSH ALLEN TO STEFON DIGGS. WHAT A THROW.

Patriots close the gap
Mac Jones and the Patriots are in the fight. DeVante Parker caught a pass from Mac Jones that makes the score 23-28 in favor of the Bills.

DeVante Parker goes up and gets it! @Patriots pull within 5. @DeVanteParker11

Steelers are on the verge of the playoffs
Pittsburgh is close to getting into the wild card round. They are beating the Cleveland Browns 20-7 and the combination of results have them close to the goal. Pats are losing to Bills (23-28) and Miami is tied with Jets.

Bills pull away from Patriots
The Buffalo Bills are coming off a win and are already rolling over the Patriots 28-17. With this result, Miami’s partial tie with the Jets (6-6) and Pittsburgh’s win over the Browns (20-7), the Steelers are clinching the wild card.

Pittsburgh catches up with the Browns
The Steelers reacted and already made the score 7-7 against the Cleveland Browns, thanks to a touchdown by Pickens, when halftime was about to arrive.

The Pats have already tied
The Patriots are in the fight. Mac Jones found Davante Parker in the promised land and New England has already tied the game 14-14 against the Buffalo Bills in the second quarter.

Steelers already trailing
The Pittsburgh Steelers need to win to contend for a wild card spot. However, they are already down 7-0 to the Cleveland Browns.

Bills regain the lead
The Buffalo Bills have regained the lead over the New England Patriots with a 14-7 victory at Highmark Stadium.

Minnesota is doing its homework
The Vikings are doing their homework by momentarily defeating the Chicago Bears, 16-0, as they look to improve their position to rank No. 2, already as the NFC North Champion.

Cincinnati increases lead
The Bengals are closing the season strong and have already increased their lead over the Ravens: 17-0 and are putting pressure on the Bills.

Bengals already defeating the Ravens
The Cincinnati Bengals are already beating the Baltimore Ravens, a team that could be their opponent in the wild card round, 10-0.

Joe Mixon puts the @Bengals up by 10!

Explosive start for the Bills
The Buffalo Bills couldn’t have started the game better against the Patriots than with a Nyheim Hines kickoff return all the way to the diagonals to take a 7-0 lead, including the extra point.

The @HoustonTexans and @Colts shared a special moment pregame to honor @HamlinIsland. 🙏 pic.twitter.com/cBoAbUdSVx

Bills to wear a No. 3 patch
In honor of Damar Hamlin, the Buffalo Bills will sport a number 3 on the left side of the jersey they will wear against the New England Patriots.

“GameDay… I want nothing more than to be running down that tunnel with my brothers. God is using me in a different way today. tell someone you love them today! Go Buffalo Bills,” Hamlin wrote on his official Twitter account.

GameDay.. Nothing I Want More Than To Be Running Out That Tunnel With My Brothers. God Using Me In A Different Way Today. Tell Someone You Love Them Today! 🫶🏾3️⃣ let’s go @BuffaloBills ❤️💙 pic.twitter.com/XgA7S3Bpvn

How many teams qualify for the NFL Playoffs?
In each Conference, seven teams qualify, the best teams in the AFC and NFC rest the first week, while the rest face each other in the Wild Card Games.

Who are the qualifiers for the 2023 NFL Playoffs season? At the moment
At the moment, the playoffs are as follows:

In the AFC the matchups are confirmed.

1 Eagles: NFC East champs already clinched the No. 1 seed in the NFC.

5 Cowboys: Dallas will be a wild card behind the Eagles in the NFC East.

6 Giants: The Giants are another wild card and have already secured their sixth place.

7 Seahawks: Seattle has for now the last place in the NFC postseason, they already won and now they are waiting for the Packers to lose against the Lions.

In the fray: Packers

How is the NFL Playoffs played?
At the moment, the playoffs would be played as follows:

AFC Playoffs:
The games are confirmed in the American Conference.