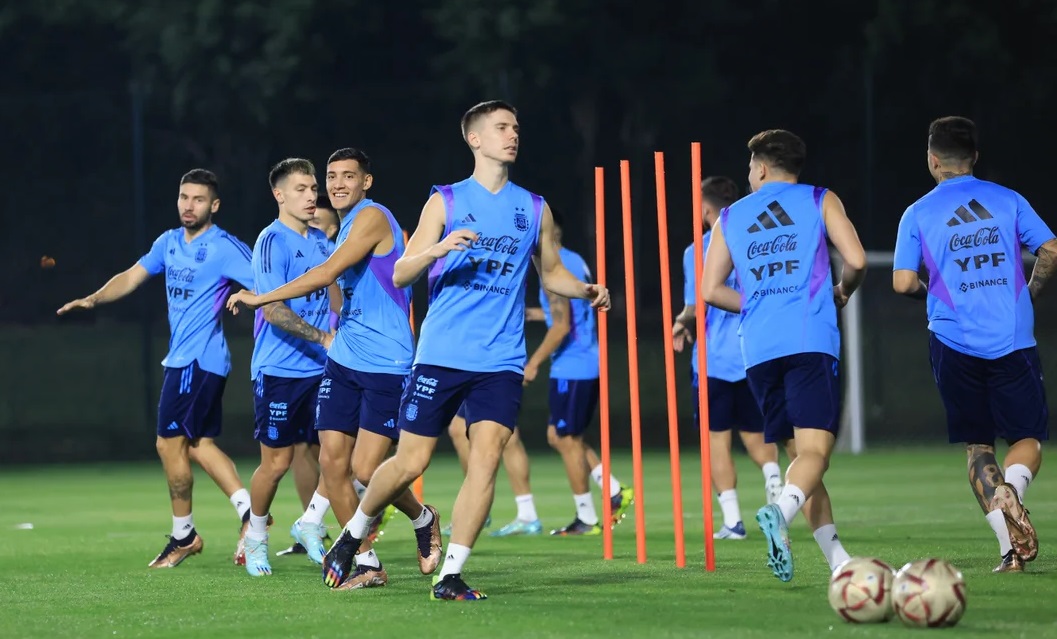 The Argentine National Team will face today, from 12 noon to its similar of France for the maximum trophy of world football: the FIFA World Cup in Qatar 2022.

The match has been heating up in the last hours by statements from the French press and some players, although it should be a well-played and attractive match, given that they have been the best teams of the tournament.

As always, the formation of Argentina will be a mystery until the last moment. Lionel Scaloni, in the last practice, began trying with a line of five defenders, including Lisandro Martínez and removing Leandro Paredes from the team, in reference to the formation used in the semifinal.

Although, in the second half of the practice, he retired Martínez and made Ángel Di María enter, totally changing the tactical design, going to have four defenders and three attackers. In short, nothing is known. In the last four matches, the coach did not use in the game, the formation he tried in training.

Both teams have two World Cups to their credit. Argentina won in 1978 and 1986, while the French took the trophy in 1998 and 2018, and are still the reigning champions. To dethrone them. Let’s go Argentina!!!