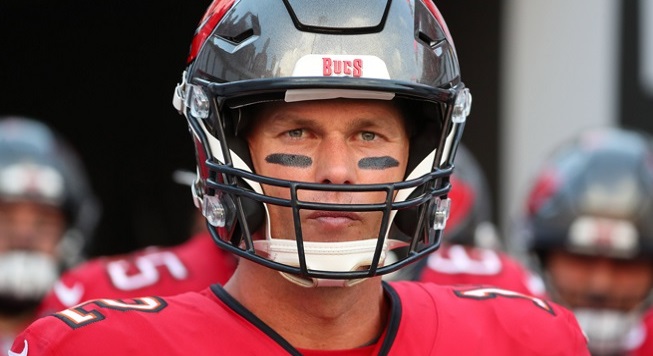 Tom Brady’s farewell and return, the Rams’ title and subsequent fall, the Eagles’ dominance and the sex scandals involving Deshaun Watson and the Commanders stole the spotlight during 2022 in the NFL.

Tom Brady dropped the first bombshell of the year. In February he announced his retirement after 22 years in the league, seven Super Bowls won, six with the Pats and one with the Bucs, 15 trips to the Pro Bowl, and a collection of records that place him as the best in NFL history.

Proportionate to the explosion of his retirement was the news of his return, just 40 days later, to play one more year with the Buccaneers, whom he still intends to take to the playoffs to lift the eighth Vince Lombardi trophy of his career.

Heading into his 23rd season, the 45-year-old passer dealt with several controversies. He was absent most of the Bucs’ preseason due to personal issues and in October he divorced Brazilian model Gisele Bündchen after 13 years of marriage.

On the sports side Brady etched more lines to his legend; in November he became the first quarterback in NFL history to surpass 100,000 yards per pass in the regular season and playoffs in the week nine matchup against the Rams.

The Los Angeles Rams also drew the spotlight due to their lack of success in 2022, which began with a 23-20 victory over the Bengals in Super Bowl LVI.

A title by a team full of luminaries; with Sean McVay the youngest coach to lift a Lombardi Trophy, at 36 years and 20 days, and receiver Cooper Kupp named Most Valuable Player.

Nearly 10 months later, the Rams are a shadow of that achievement. Eliminated from the playoffs this season, they have five wins and 10 losses, becoming the worst defending champion of the 21st century.

Before the Rams’ decline emerged an unexpected dominator of the 2022 season in the Philadelphia Eagles who have the best record in the league; 13 wins and only two losses through week 16, and are led by 24-year-old quarterback Jalen Hurts.

Hurts has battled for the 2022 season MVP designation against stars such as Patrick Mahomes of the Kansas City Chiefs and Joe Burrow of the Cincinnati Bengals.

The young quarterback shines for his ability to pass and run. Through the air, he has 3,472 yards and 22 touchdowns. On the ground, he has 747 yards and 13 touchdowns, the most for a quarterback.

Unfortunately for the NFL, the sex scandals also splashed in 2022.

The most high-profile was Deshaun Watson, suspended 11 games this season and fined $5 million for sexual misconduct claims by 24 women.

Watson received those claims of sexual misconduct in massage sessions during his time with the Houston Texans in 2020. Despite those allegations, the passer was signed by the Browns last August in exchange for $230 million.

Equally embarrassing was the scandal involving the Washington Commanders and their owner, Dan Snyder, which has been dragging on since 2020 for harassment of several cheerleaders and former employees of the team.

Last December 8, the case resulted in a pronouncement by the U.S. Congress that accused Snyder and the NFL of interfering in the harassment investigations against him.

The 2022 lockout promised to be festive with the retirement of Steelers legend Franco Harris’ No. 32 jersey on Dec. 24 during the Pittsburgh-Raiders game but was tinged with mourning with the death of the 72-year-old former running back on Dec. 21.

Harris was the protagonist of the most famous play in the NFL baptized as the “Immaculate Reception”, an action that happened in the 1972 American Conference playoffs divisional duel when Harris caught on the rebound a pass thrown by Terry Bradshaw and scored the touchdown of the Steelers’ 13-7 victory over the Raiders.

It was 2022 of Brady’s farewell and return, of the Rams’ consecration and decline, of the rise of Hurts’ Eagles, of scandals, but also of the departure of one of the NFL’s greatest idols, four-time Super Bowl winner and Hall of Famer Franco Harris.