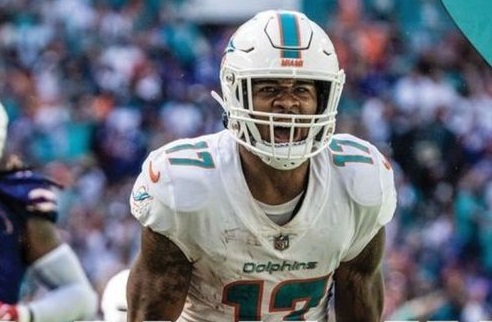 The Miami Dolphins and Philadelphia Eagles maintained their undefeated streaks in Sunday’s Week 3 matchups of the 2022 NFL season.

The Dolphins marked their dominance in the AFC East division with a 21-19 win over the Buffalo Bills, one of the favorites to reach the Super Bowl. Miami has a record of three wins Buffalo has two wins and one loss.

The clash between two of the most spectacular quarterbacks at the start of the season was won by Tua Tagovailoa, who caught a touchdown pass. Josh Allen’s performance was outstanding, with 400 yards and two touchdowns, although it was not enough to win.

At the end of the second quarter, Tagovailoa, who on a play in which he was knocked down hit the back of his head on the turf, left the field as part of the concussion protocol established by the NFL but returned in the second half to lead his team to victory.

After the game, the NFL Players Association (NFLPA) initiated an investigation into the handling of the protocol by the Miami quarterback, who appeared dizzy to the point that he was unable to stand after the blow he suffered.

The Philadelphia Eagles also remained undefeated. In their game, they had no problems in overcoming the Washington Commanders by 24-8. They lead the NFC East with a perfect record in three games.

Jalen Hurts, Philadelphia’s quarterback, caught three touchdown passes, he has four in the campaign and passed for 340 yards.

In one of Sunday’s standout performances, Baltimore Ravens passer Lamar Jackson caught four touchdown passes, a touchdown on the ground and 107 yards on carries in a 37-26 win over the New England Patriots.

At the end of the game, Patriots quarterback Mac Jones was injured and will undergo tests to rule out an ankle ligament injury.

The surprise of the day came from the Indianapolis Colts, who beat one of the candidates to reach the Super Bowl, the Kansas City Chiefs, 20-17. Matt Ryan, the quarterback of the Colts, shined with two touchdown passes to Jelani Woods.

In another game, the Bengals, AFC champions, won their first victory of the season, defeating the Jets 27-12 with a great performance by their passer Joe Burrow; he added three touchdown passes.

The Raiders, who lost 24-22 to the Titans, are the only team to have lost in their three games this season.

Week three will conclude on Monday with the clash between the Dallas Cowboys and the New York Giants.