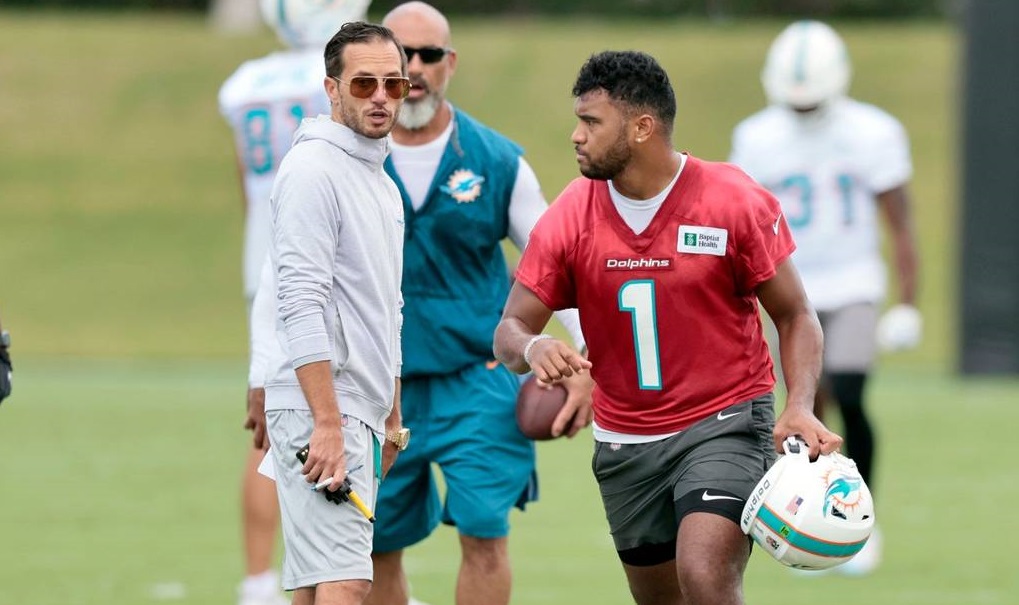 After the spectacular victory in Baltimore, the Dolphins have been preparing this week for this Sunday, September 25, against the Bills, one of the top favorites to win the NFL title this season, at the Hard Rock Stadium in Miami Gardens.

Both teams are 2-0 heading into the big divisional matchup, and neither will be the leader. Buffalo is a heavy favorite, but the Dolphins are also coming in very well and are playing at home, in what will be the biggest challenge of the season.

Quarterback Tua Tagovailoa also appealed to the Hard Rock Stadium atmosphere to come out on top Sunday.”On one hand the great crowd and on the other hand the atmosphere, like our first game,” Tua stated. “It got really loud for the opposing team’s offense and it played a big role.”

The Bills played on Monday, so they had one less day to recover and prepare for the game, but McDaniels believes that won’t be a problem for them.

While it will be tough to stop the Bills’ high-powered offense, it will be tougher for the Dolphins to break down their good defense, despite how well Miami’s offense looked against the Ravens with quarterback Tua playing his best game with 6 TDs and 469 yards, which earned him AFC Offensive Player of the Week honors.

“It’s an award that he’s very, very deserving because when you’re around him and you’re watching him work through the noise and you see it…,” McDaniels expressed. The whole team felt a little bit of ownership, too, because everyone has his back.

For Tagovailoa, it was good, but he knows it will be very difficult to beat that statistic, much less against Buffalo, and that it all depends on collective work.

“It was great, it’s my first, but individual success is only achieved within the success of the team,” Tua indicated. “If we didn’t win that game if the defense hadn’t done what they did if our offense hadn’t come out and put points on the scoreboard; none of that would have been possible.”

It seems that now Tagovailoa feels much more comfortable with what he does and that the communion with the coach is total, in addition to having two great WRs like Tyreek Hill and Jaylen Waddle, and that undoubtedly helps a lot.

“I think I feel comfortable distributing the ball to our playmakers,” the QB revealed. “I just try to get the ball in the hands of our playmakers and let them get to work.”

Now, this Sunday’s game will be nothing like the one in Baltimore, most likely the Dolphins will suffer a lot, as taking the win would be a feat.

“They are a very good team, it’s no secret. They’re tough defensively, they’re explosive offensively,” Tua said. “When you see that they beat last year’s Super Bowl champions by a lot and they also beat another good team is that they’re good, but we’re going to play the way we play and we will.”