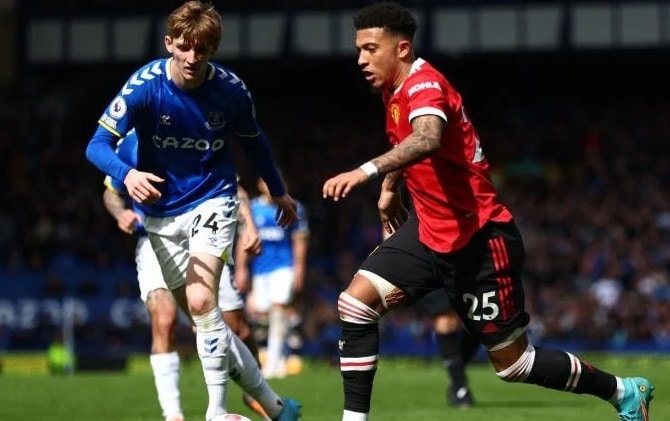 It may come as a surprise but Everton is unbeaten in six Premier League matches as Frank Lampard has built a team that is hard to break down. Manchester United meanwhile is looking to kick into gear under Erik ten Hag and rebound from a thrashing at the hands of Manchester City. This is the kind of match that will show what his team is made of as breaking down teams who sit deep can be frustrating.

After starting in the Europa League against Omoina and only registering an assist, Cristiano Ronaldo is still seeking his 700th club goal, but he may have to come off of the bench to get it due to the form of Marcus Rashford and Anthony Martial. Rashford is enjoying a resurgent season with five goals and three assists in all competitions while Martial has been electric when available. Only appearing in three games, Martial has three goals and an assist showing why ten Hag was keen to keep him around. With Jadon Sancho struggling, Martial could earn a start in the match as well.

Here’s our storylines, how you can watch the match and more: