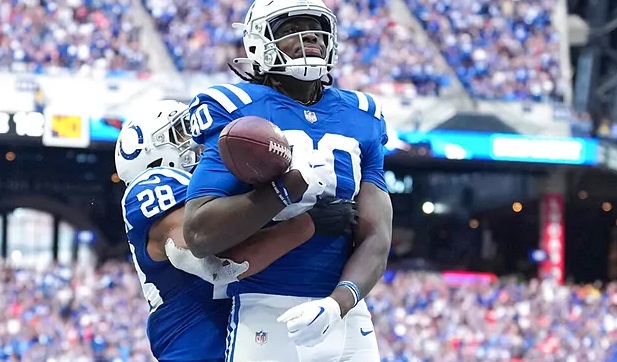 The Indianapolis Colts had one of the best news of the season, and that is that Matt Ryan taught that he can still be that man who led the Falcons to the Super Bowl, and now he led an offensive series with less than two minutes for his new team, and it all ended with a touchdown pass to Jelani Woods and thus consummated the victory over the Chiefs.

Ryan earned his first win for the Colts in their first home game by connecting with Woods for two major touchdowns, a week after they were whitewashed in Jacksonville.

But it took a series of 16 plays and 76 yards, helped by a personal foul on Chiefs defensive tackle Chris Jones after a catch on the third attempt, for Indy (1-1-1) to snap a four-game winless streak that included two losses late last season.

Ryan looks like in the days of the Falcons
Ryan finished with 27 of 37 passes for 222 yards in the 225th start of his career. He was caught five times and lost two loose balls.

For the Chiefs (2-1), it was a bizarre misfire in September. Mahomes fell to 13-3 in the opening month with 20 of 35 passes for 262 yards, a TD and his first interception of the season.

Kansas City had chances but failed at the right time.

Matt Amendola missed an extra point in the first half and a 34-yard field goal with 8:38 left. Tommy Townsend also threw an incomplete pass on a false field goal early in the fourth.

Mahomes wasn’t happy with the play at the end of the first half and as the Chiefs left the field, he let offensive coordinator Eric Bieniemy know. The two exchanged words on the field before coach Andy Reid stood between them.

“There is an internal trust that is there. There’s always time left on the clock, and I always think I’m going to make a move,” Matt Ryan began his press conference after getting his first win in the Colts jersey.