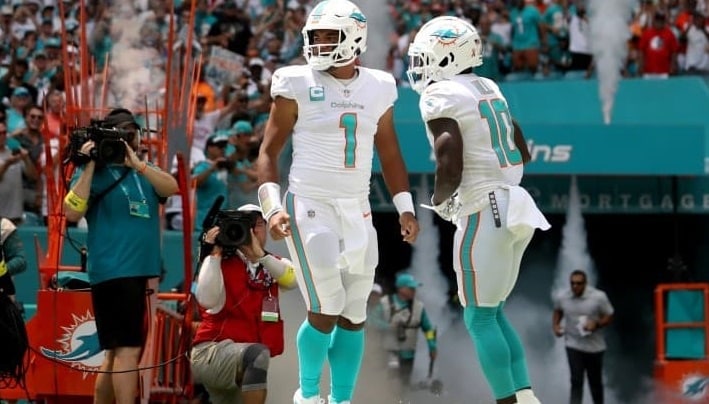 The action that caused the concussion and subsequent departure of Tua Tagovailoa, in the game that the Miami Dolphins lost against the Cincinnati Bengals, for Week 4 of the National Football League (NFL) continues to generate reactions.

After several criticisms regarding the existing protocol in the competition on the matter, and after similar incidents in recent games, there will finally be modifications to this measure, with the purpose of taking care of the players.

In the case of Tagovailoa, his Dolphins teammate, wide receiver Tyreek Hill, expressed his extreme concern for the quarterback’s health, not only on the sporting field, ahead of the game against the New York Jets, for Week 5 of NFL 2022.

“We want Tua to be on the field, but we also understand the magnitude of this situation. His health going forward is very important to all of us because life is precious,” said the former Kansas City Chief.

Asked about Tagovailoa’s health, the Dolphins receiver responded that “I don’t think there is a time when Tua is down, I just saw him in the locker room a moment ago and he is smiling from ear to ear”.