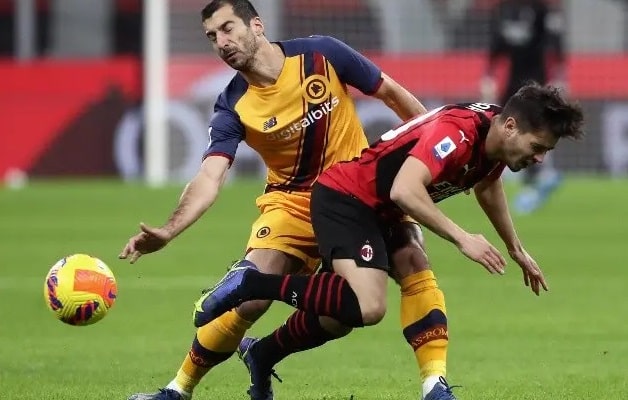 The ball does not stop rolling in the Serie A of Italy and the date 17 brings us an unmissable duel between AC Milan and AS Roma at the top of the standings. The Rossoneri, third with 36 points, and the Giallorossi, sixth with 30, seek to continue adding three in the Calcio.

When do Milan vs Roma play?
Those led by Stefano Pioli receive those of José Mourinho this Sunday, January 8 at 4:45 p.m. in Chile at San Siro, in Italy.

On which channel to watch the match live on TV?
The game will be broadcast on ESPN 2 on the following channels according to your cable operator:

How was the last confrontation between the two?
The last time they met was on January 6, 2022, for the date 20 of the previous year of Italian football, with victory for Milan by 3 goals to 1 in the same colossus where this day is disputed.

Match full of emotions that had Rick Karsdorp and Gianluca Mancini sent off at Roma and Zlatan Ibrahimović missing a shot from twelve steps in the 94′.