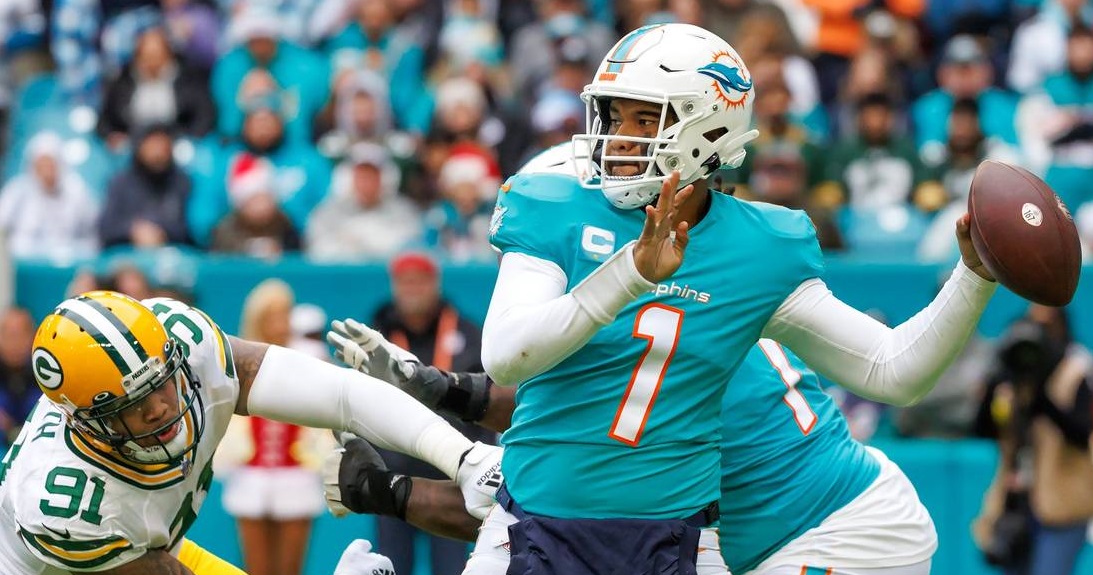 The NFL and NFLPA (Players Association) concluded Saturday that the concussion protocol applied to Tua Tagovailoa was appropriate.

“The NFL and NFLPA concluded their joint review of the application of the concussion protocol involving Miami Dolphins quarterback Tua Tagovailoa was properly conducted,” the league and the association jointly said in a statement.

Tua suffered a blow to the back of the head after being tackled by a defensive player during the second quarter of last Sunday’s Dolphins’ loss to the Green Bay Packers.

Despite the blow the quarterback did not leave the game. It wasn’t until Monday that Tua informed his team’s medical staff that he had the symptoms of a concussion, so he entered the league’s concussion protocol.

“The joint review determined that the protocol was not activated because it is initiated when a player is hit in the head and exhibits or reports signs or symptoms suggestive of a concussion,” the statement read.

The NFL and NFLPA defended not placing Tagovailoa in the protocol on Sunday because of the lack of the characteristic signs that are present in this type of injury.

“Symptoms of a concussion were not exhibited or reported until the following day, at which time the team’s medical staff properly evaluated and placed Tagovailoa in the concussion protocol,” the statement explained.

Last week’s concussion is in addition to the two the passer suffered earlier in the season. The first was in week three in the game against the Bills, in which he suffered a blow to the back of the head and was dizzy when he got up; he left the game in the second quarter.

Despite being subjected to the protocol, he returned in the second half, a situation for which the NFLPA opened an investigation that ended with the dismissal of the medical consultant who treated Tagovailoa.

The inaction to treat the quarterback allowed him to start the week four game against the Bengals, where he again suffered a blow to the head that resulted in another concussion.

After the blow, Tua took his hands to his helmet, where they were paralyzed. After the incident, he was taken to the hospital, but was released the same day.

These events prompted the NFL and NFLPA to announce changes last October to tighten the league’s concussion protocol.

In Tagovailoa’s absence, Teddy Bridgewater will start for the Dolphins in their Week 17 matchup against the New England Patriots on Sunday in Foxborough, Mass.

The Dolphins announced Saturday a series of roster moves.

Miami signed offensive tackle Kendall Lamm and brought him from the practice squad to its 53-man roster.

In the corresponding move, it placed defensive tackle Justin Zimmer on the injured reserve list which will keep him out for at least four games.

Linebacker Brennan Scarlett and defensive tackle Josiah Bronson were also called up from the practice squad.

Armstead is questionable to play because of the lingering toe, pectoral, knee and hip injuries.

Outside linebacker Bradley Chubb is listed as questionable with an ankle and hand injury.

Lamm, an eight-year veteran with experience at both tackle positions, signed with the team in early December.

He has been promoted twice this season to the regular team but has yet to appear in a game.