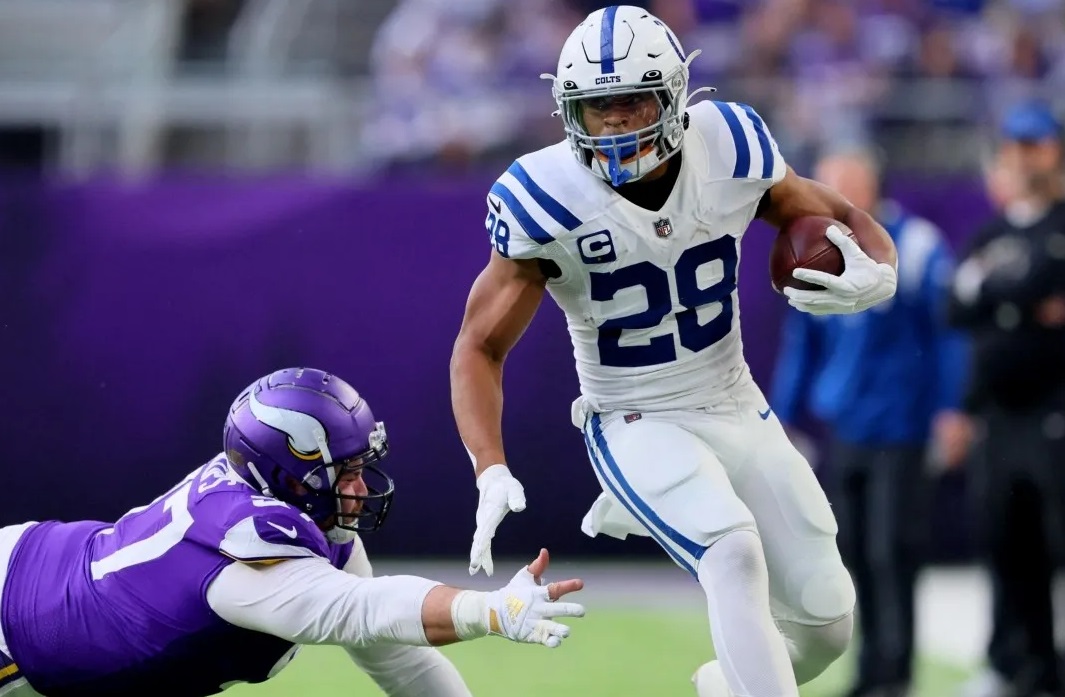 Sunday’s loss of the Indianapolis Colts to the Minnesota Vikings, which incidentally was the greatest comeback in NFL history, was doubly painful, after the sad news that has been revealed today.

Jonathan Taylor left the game only to return when only a few minutes had been played, after making a 13-yard reception and then suffering an injury to his right foot.

Today, according to NFL Networks Ian Rapoport, Taylor’s season may have come to an end, when he was diagnosed with a high ankle sprain, aiming to never see action again in the year.

While the Colts mathematically are not yet out of the competition to enter the postseason, having a record of 4 wins, 9 losses, and a tie, they do need to win the 3 games remaining on the schedule, as well as that the Tennessee Titans and the Jacksonville Jaguars do not win again in their respective remaining games.

Taylor has had a considerable loss of play this year compared to the past, adding 861 rushing yards, and 4 scores, on 192 carries in 11 games played for the Colts.