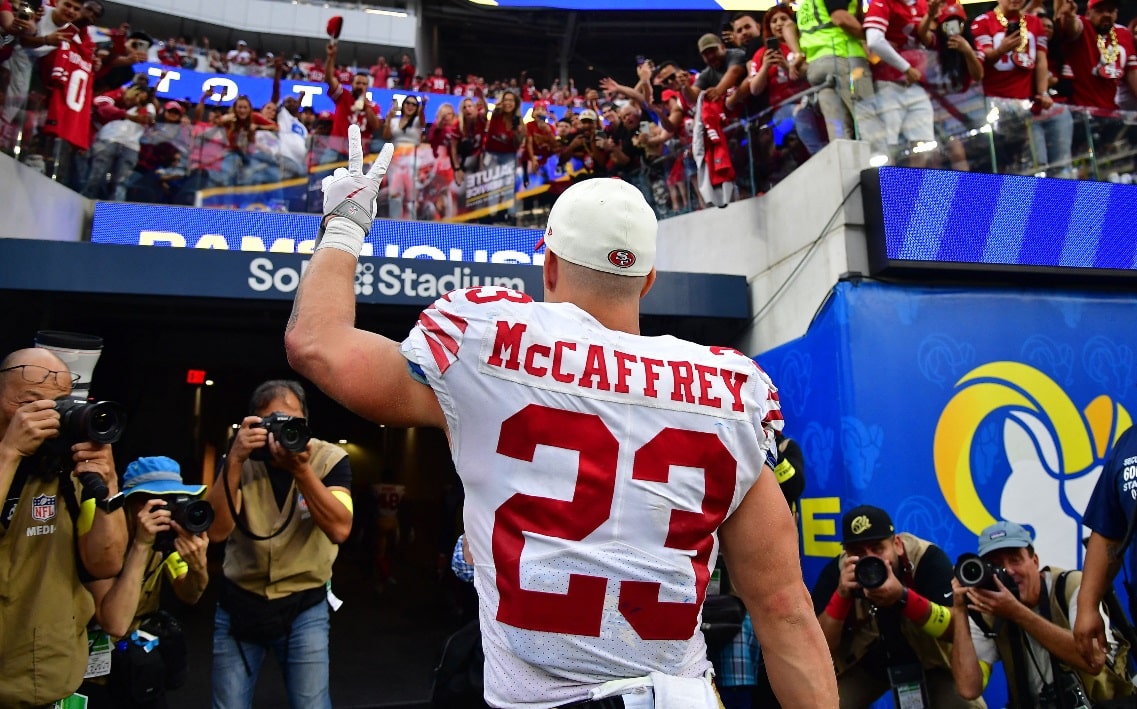 The transfer market for the 2022-23 NFL season closed Tuesday at 3 p.m. On the last day of activity, a total of 10 transactions were arranged, including several superstars of the league changing houses.

That was a record-setting @NFL trade deadline. pic.twitter.com/bdnjm4R8nb

These are the most important transactions for the second half of the campaign:

In one of the first trades of the season, the Panthers opted to let go of their star running back in exchange for the 49ers’ second, third and fourth-round picks in the 2023 NBA Draft, plus a fifth-round pick for 2024.

McCaffrey, despite being prone to injury, has become a benchmark on the ground and through the air in the NFL, so if they stay healthy, San Francisco could have gotten the best player available this year.

In a somewhat surprise transaction, the Chicago Bears let their best player go to Baltimore in exchange for the supported A.J. Klein and second- and fifth-round picks in 2023.

Similar to what happened with Carolina, Chicago is betting on a much younger core, but letting go of your defensive engine is a risky move that has not been very well received by the Bears fans.

Meanwhile, Baltimore is looking to increase its postseason contender status by bolstering a solid defense but lack of dominant players, so Roquan’s arrival will look to improve its squad from average to elite.

Chubb, better supported by the Broncos, will be leaving the cold heights of Colorado for the sunny beaches of Miami after his squad sent him along with the first-draft pick to Florida.

Meanwhile, Denver received in exchange the first pick of 2023, a fourth-round in 2024, and the young running back Chase Edmonds who will arrive to give a new air to the offense commanded by Russell Wilson, who since his arrival to the Broncos has not been able to be dominant.

The rest of this year’s transactions were carried out as follows:

Chase Claypool (wide receiver) was traded from the Steelers to the Chicago Bears in exchange for a second-round pick in 2023.

Robert Quinn (wing) traded from the Chicago Bears to the Philadelphia Eagles in exchange for a fourth-round pick in 2023.

Kadarius Toney (wide receiver) moved from the New York Giants to the Kansas City Chiefs en route to a compensatory third-round and sixth-round pick in 2023.

Nyheim Hines (running back) moved from the Indianapolis Colts to the Buffalo Bills in exchange for running back Zack Moss and a conditional fifth-round finish in 2023.

James Robinson (running back) moved from the Jacksonville Jaguars to the New York Jets in exchange for a conditional sixth-round finish in 2023.

William Jackson III (cornerback) passed the Washington Commanders to the Pittsburgh Steelers in exchange for a conditional sixth-round finish in 2025. Pittsburgh also received a conditional seventh round in 2025.

The trade deadline was fun. Who made the best move? pic.twitter.com/uhx0vcS2wE