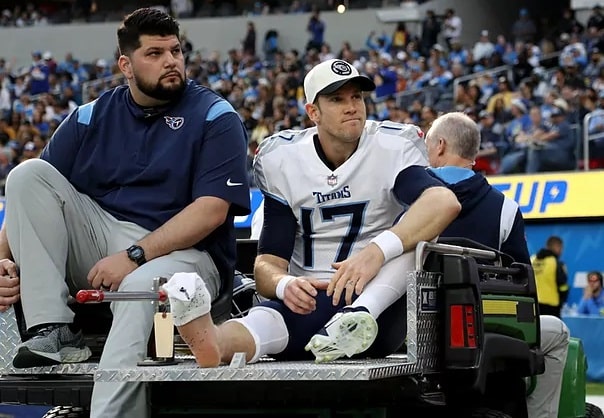 Bad news for the Tennessee Titans, as Ryan Tannehill is out for the remainder of the NFL regular season after undergoing surgery for a sprained right ankle, a situation that has put his return in the playoffs on hold.

According to information published by ESPN, it is very unlikely that the quarterback will be back on the field if the Titans win the AFC South because, despite his best efforts, it would be very difficult for him to do so.

The Tennessee team is not going through a good time, with four stumbles in a row that have them 7-7, putting their destiny in the hands of rookie Malik Willis.

Tannehill’s injury occurred last Sunday on a play with Khalil Mack of the Los Angeles Chargers, who fell on his right foot in Tennessee’s first offensive series. Despite returning to the game, with his leg bandaged, the surgery that today has him out of the season was inevitable.