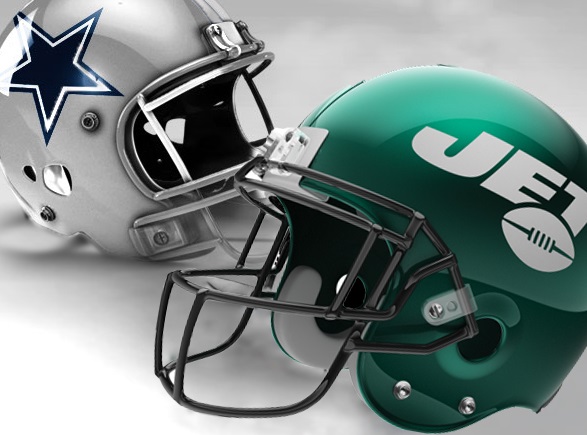 There is no doubt that the Cowboys wide receiver position continues to be a question mark heading into the regular season. As with the offensive tackle position, management has emphasized that they are confident in the players they have at the position. However, their actions during the last hours on the eve of the roster cuts in the NFL suggest that they are looking to add reinforcements.

This Wednesday, it was learned that the Cowboys were interested in negotiating a trade with the Jets for wide receiver Denzel Mims. This was indicated by Connor Hughes, reporter of the SNY network, through his Twitter account. According to Hughes,Vikings, Seahawks and Panthers also showed interest in Mims.

The #Vikings, #Cowboys and #Seahawks, along with the #Panthers, called the #Jets about trading for WR Denzel Mims, sources tell @SNYtv.

The Jets asking price was a 4th round pick.

No team was willing to offer that, so Jets kept Mims.

According to the report, the Jets were asking for a fourth-round draft pick in exchange for Mims, who made a trade request near the end of the preseason. However, no team was willing to offer such a pick. Therefore, the New York team decided to keep Mims, who joined their 53-man roster on Tuesday.
Arriving in the NFL in 2020 as a Round 2 pick in the Draft, Denzel Mims has had a mostly secondary role with the Jets. In two seasons, he has recorded just 31 receptions for 490 yards, with no touchdowns. All in 20 games, playing as a starter in 11 of them.

Given this limited participation, the Baylor product is unhappy with his current role with the Jets, where he is not part of the starting offense. In fact, the receiver asked to be traded or cut, considering that he has no future with the New York team. However, the demands of the management and his inclusion in the 53-man roster will force Mims to fight for the starting job once again.

Thus, Mims is the second Jets player to be linked to the Cowboys this week. Interestingly, it is also someone who plays a position that the Cowboys have also claimed to have covered and be “comfortable” with, despite their obvious need for reinforcements.

Earlier in the week, a rumor circulated about Dallas’ interest in trading for Jets offensive tackle Chuma Edoga. This was reported by Aaron Wilson of Pro Football Network through his Twitter account. However, forty minutes later, Wilson himself reported that the trade would not go through. Eventually, Edoga was cut on Tuesday and claimed via waivers by the Atlanta Falcons a day later.

League sources do not expect Cowboys and Jets to execute a trade for Jets offensive tackle Chuma Edoga. Edoga is a former third-round draft pick from USC who has played in 23 career games with 12 career starts. https://t.co/XWuzoakeOm

Dallas does not rule out strengthening certain positions

It is true that these reports end up “talking in the past tense” about the Cowboys’ interest in both Denzel Mims and Chuma Edoga. However, one thing that is certain from these reports is that Dallas is looking for reinforcements. And the signs are very evident.

Over the past few days, both Stephen and Jerry Jones have said over and over again that rookie Tyler Smith will fill in for the injured Tyron Smith at left tackle. However, reports indicated Wednesday that veteran tackle Jason Peters will have a visit with the Cowboys this Thursday. If the visit goes well, Dallas would use Peters at left tackle and not “throw Tyler Smith into the fire,” keeping him as a guard in his rookie year.

Veteran offensive tackle Jason Peters is scheduled to visit with the Cowboys, according to sources. Peters, 40, started 15 games last year with the Chicago Bears.

Likewise, Dallas’ interest in trading for Denzel Mims also raises suspicions. Although there is not as much urgency as at the tackle position, the team could use a receiver with a little more experience. In fact, ESPN’s Dan Guzman notes that the Cowboys would like to bolster the position in the face of possible doubts about Michael Gallup and rookie Jalen Tolbert.

After the roster cuts and a few days before the start of the regular season, rumors about potential reinforcements for the Cowboys will continue to circulate. It remains to be seen if the management will actually make a deal or if it will stubbornly stick to its plan of not reinforcing key positions on its roster.