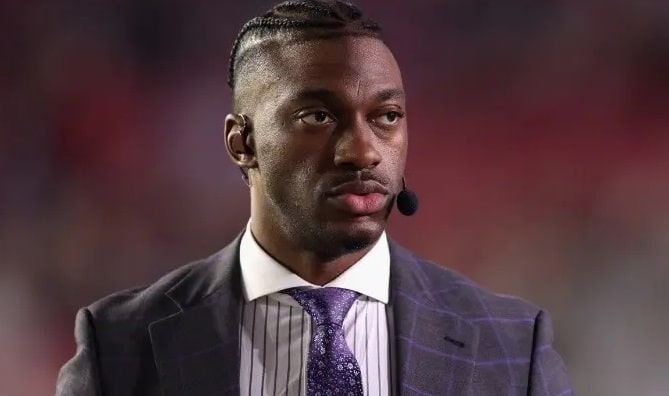 Few things command as much interest in the United States as the College Football Playoffs, where future stars of the National Football League (NFL) compete to be the champions of the highest level of college football.

This time, the Peach Bowl (Georgia Bulldogs vs. Ohio State Buckeyes) and the Fiesta Bowl (TCU Horned Frogs vs. Michigan Wolverines) were the bowls chosen to officiate as the semifinals of the postseason.

In that context, the former figure of Washington Commanders (at that time Redskins), Robert Griffin III, was in his work as a commentator for the ESPN network but had to leave his post due to a family emergency.

Robert Griffin III leaves his post for an incredible reason
In one of the most exciting games of the year, and just as Michigan was about to get on target in the game against TCU, ESPN commentator and former NFL offensive rookie of the year Robert Griffin III got a call.

And it was the most anticipated: His wife went into labor and RGIII was congratulated by his teammates on air and, obviously, ran out of the stadium to try to arrive on time. (Spoiler alert: He succeeded, but the baby decided it wasn’t time to be born yet.)