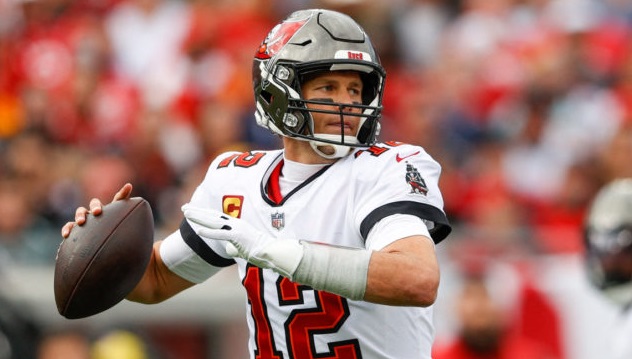 Supermen with armor to the maximum (and beyond) of their physiological performance clash with unusual violence for the noble goal of placing a ball as close as possible to the opponent’s territory. Millions of people watch in fascination. The NFL, America’s favorite sports league, returned over the weekend stronger than ever, ready to squeeze every last dollar out of the American dream with a mix of modern sophistication and unbridled attachment to its legends. Above all, the absolute totem: Tom Brady.

We already explained here how Roger Goodell, NFL commissioner (equivalent to CEO), gave the definitive turn to his business in 2015, when he convinced team owners to waive the tax privilege that the government granted to American soccer. The autonomy gained with that move enabled such juicy deals as the sale of broadcasting rights to its games in the United States for the next 11 years for $100 billion, double what they were pulling in until now. The NFL was coming out of the pandemic in style.

The results are still unfolding. Mike Ozanian and Justin Teitelbaum published their traditional (and canonical in the industry) report on the economic valuation of American soccer a couple of weeks ago in Forbes with this conclusion, “With revenues soaring and profitability mouthwatering, NFL teams are now worth an average of $4.47 billion, up 28% from a year ago.”

While news and entertainment ratings are falling, NFL ratings are soaring. Last year, regular season games averaged 17.1 million viewers, up 10% from the previous year and the highest average since 2015 (that pivotal Godell year). It’s no wonder that, at the unveiling of the current season, CBS Sports president Sean McManus defined his product as “a freight train” that “picks up speed every year.”

The last great single-game final of the competition, the famous Super Bowl, brought together no less than 208 million Americans around the TV set, two-thirds of the population. Fox Sports, the network that will broadcast the next one, assured last week that they had already sold 95% of the advertising slots for the game, with prices between six and seven million dollars for the classic 30-second spot.

In this dynamic context, it is striking that the main focus of attention is still on a 45-year-old player. Tom Brady, winner of seven super bowls and holder of almost every record in the competition, does not have the highest salary in the league. Not by a long shot. The Tampa Bay Buccaneers pay him just $15 million, a pittance compared to the $50 million the Green Bay Packers will cough up this year to their quarterback, Aaron Rodgers. Brady accepts it so that the franchise, constrained as they all are by the NFL’s strict financial rules (no levers here), can surround him with a competitive team. The real money comes from somewhere else.

Brady holds the crown of the world’s highest-earning athlete, awarded by Forbes, which credits him with $83.9 million dollars raised last year. When retirement was supposed to be upon him, after winning it all with the New England Patriots and surpassing the age of 40, he threw everyone for a loop by signing with the Buccaneers in 2020. That same year he won the Super Bowl. In 2021 he could not repeat, but he had a great season, which was supposed to be his last: he announced his retirement in February, overshadowing the very end, but he backed out in one of those Rocky-like comebacks that Americans like so much.

Among his businesses is the fashion and lifestyle brand TB12 or the audiovisual production company 199 Productions, and Fox Sports has already told him that it will break the piggy bank to have him as a commentator as soon as he retires. Besides, of course, he has all kinds of sponsorship and advertising contracts with top brands: Christopher Cloos, Electronic Arts, Fanatics, FTX, Hertz, IWC Schaffhausen, Subway, T-Mobile, Under Armour, and Wheels Up. But the latest of the latest, what is on everyone’s lips these days, breaks the last frontier in the exploitation of the fan and his emotions.

In July of last year, Tom Brady co-founded Autograph, an NFT company that had already in January raised $170 million in a round of funding.

In July last year, Tom Brady co-founded Autograph, an NFT (crypto digital asset) company that had already in January raised $170 million in a Series B funding round. Its raw material is autographs. The old saying that a child’s excitement in front of his sports idol was priceless is now obsolete. The culprit, of course, has been the Internet. Yueqi Yang told Fortune: “As the price of top NFT collections plummets during the cryptocurrency winter, some potential buyers are looking for digital tokens that can serve as more than just collectibles.” And the answer lies with Autograph, which “is launching a new product called Signature Experiences.” The invention taps into the autograph tradition and pushes it into the stratosphere of the influencer concept by giving customers access to events where you can see your idols in person, free NFTs that assure you that your digital autograph is unique, merchandising of all kinds and, of course, the possibility (we don’t know how remote) of meeting Tom Brady. Maybe even touch him.

A twist on the autograph concept and, perhaps, on the concept of professional sport. The purely sporting aspect takes a back seat. Brady’s Buccaneers have a chance to win the championship. Las Vegas oddsmakers, for example, put them second to the Buffalo Bills, who won this year’s opener on Friday against another favorite, the Los Angeles Ram. But even as the ball was starting to fly (this one doesn’t roll), all the spotlights were pointed elsewhere: Brady’s alleged fight with his mistress, supermodel Gisele Bündchen, for whom he had allegedly left the team’s training camp for a few days. The NFL breathed a sigh of relief when Brady himself appeared at a press conference to explain that he is fine and that he will give his all for his team. Because the important thing is the team, of course.