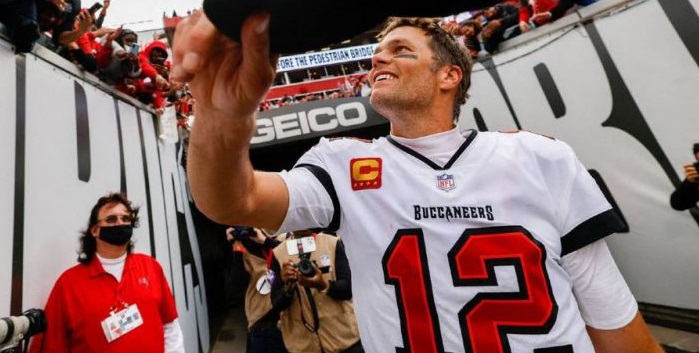 Tom Brady, the quarterback of the Tampa Bay Buccaneers, said Tuesday that despite the bad season he has had with his team, this is not the time to feel sorry for himself.

“This is not the time to feel sorry for yourself. You are not a victim of that. We’re not victims for losing games. The sun came out today; so I’m just saying to myself: get up, get to work, do better and do it with more determination,” Brady stressed.

The widely regarded as the best player in NFL history had one of his worst games in his 23-year career last Sunday in a 23-34 loss to the Cincinnati Bengals, a game in which he suffered two interceptions and two fumbles.

A performance that he admittedly lost sleep over because of how decisive it was for his team.

“It was a tough day and losing sucks, but it’s reality. I woke up at three o’clock Monday morning trying to figure out what happened, trying to explain to myself how I had several really bad plays. You can’t win when the quarterback fumbles the ball four times. That’s on me; that’s how I feel.”

The winner of seven Super Bowl rings accepted that he is used to winning, but that situations like last Sunday’s teach him that in this sport it’s not all about getting the best result.

“That’s what sports should be about – winning, but I look at it differently – what am I learning, why feel like we’re entitled to win all the time? That’s not what life is about. Anyone who has difficulties in their job or in other aspects of life, when they put in effort and energy, you know they’re learning from that.”

Despite the losing season Tampa Bay is the leader of the South of the National Conference and has in its hands to qualify for the playoffs if it manages to hold the position in the three weeks left to play, something Brady said they will not stop fighting.

“Unfortunately we’ve had too tough a year, but we’ve learned from it and we’re trying to be better every day to achieve that goal.”