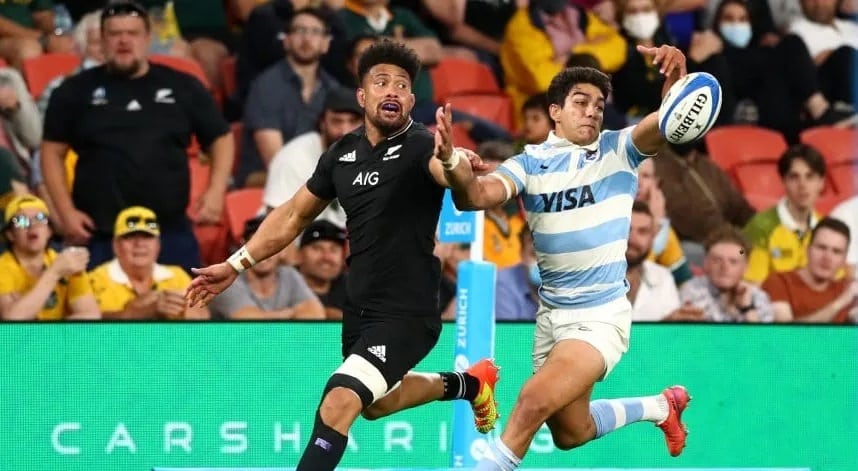 Los Pumas, the Argentine Rugby National Team, is going for the feat: they will play against the powerful All Blacks, away at the Oregantheory Stadium in Christchurch, this Saturday from 4.45 am, for the third date of the Rugby Championship. Here is everything you need to know.

Los Pumas started the Rugby Championship with a defeat and a historic win (48-17) against the Australian Wallabies, both at home. The last great performance of the team feeds the illusion against the All Blacks who, before beating South Africa (35-23) last week in Johannesburg, were on an unusual negative streak of three defeats in a row.

In their dream victory over the Wallabies, Los Pumas scored a promising 7 tries, which strengthened the collective spirit for a new feat, this time against New Zealand, who are not in their best moment and are unheard of in fourth place in the World Rugby ranking.

“We are facing a situation where we need to make history and we will try to repeat the performance against Australia”, said the head coach of the Argentine team, Michael Cheika. Coach Ian Foster, who has been confirmed in his post until the France 2023 World Cup, named the same starting fifteen that achieved a great away victory against South Africa and was surprised by the Argentine level last week. “I am very impressed by the performance of Los Pumas against Australia, it was an outstanding performance”, he said in an interview with the local press.

The confirmed line-up of Los Pumas against the All Blacks

The formation of the All Blacks to receive Los Pumas

The Pumas, for another feat against the All Blacks

The Pumas beat the All Blacks only once: on November 14, 2020, on the third day of the Three Nations tournament, in a match that ended 25-15, with all the points scored by the Tucumán opener Nicolás Sánchez.

The history between Los Pumas and the All Blacks

The All Blacks won 31 matches

The Pumas have only one win

They drew only 1 match

Last year, the All Blacks won both Rugby Championship matches: first 39-0 and then 36-13. The All Blacks vs Los Pumas facts: time, TV, and more

When will Los Pumas and the All Blacks meet again?

After Saturday’s match, they will meet again on September 3 in Hamilton. In the last two dates of the tournament, Argentina will face South Africa, on the 17th at Velez Sarsfield Stadium and on the 24th in the city of Durban.