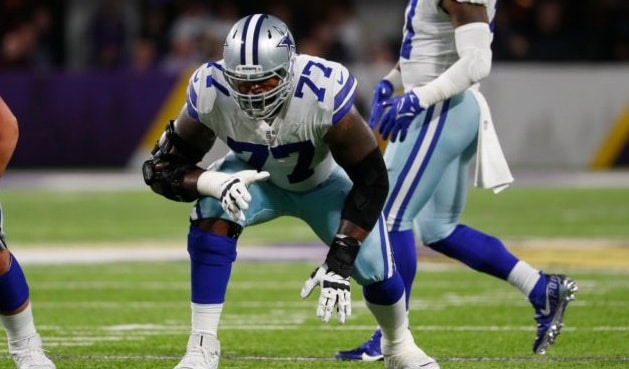 As far as the Cowboys’ locker room is concerned, there are multiple options when it comes to the various positions. However, alarm bells have been set off on the offensive line thanks to Tyron Smith’s injury on Wednesday. Not exactly the best news for a group in need of the best talent possible.

This is where Mexican offensive lineman Isaac Alarcon comes into the conversation. The Monterrey native joined the organization in April 2020 as part of the NFL’s international program. However, during these two seasons in the organization, while he has been an important element during the preseason process, he has remained a practice squad player. Maybe this time around, things will change a bit in his favor.

Now in his third year with the franchise, the Lone Star team may make some moves on the offensive line and finally give Alarcón the opportunity he has been looking for. However, it won’t be as a left offensive tackle or swing tackle. Unless the franchise decides to move on from Josh Ball or Matt Waletzko, Isaac may get a chance there, at least as a backup. And with all that said, Dallas could look for some veteran depth with the cuts the league’s other franchises will make this Tuesday.

Given the emergency of Tyron’s injury, Jerry Jones said on Thursday that rookie Tyler Smith would start at left tackle. Given the duel between McGovern and Smith during these months, everything seems to indicate that Connor will be the one who will take the position.

Regarding the issue and the work he will have to do on the offensive line, the Mexican has given several concrete answers. “The coaching staff has told us that we all have to work and do our part because of what just happened,” Alarcón commented. “Obviously we know that Tyron is a very valuable player for the team, and we all have to put in the work.”

“We have to tighten our shoulder pads and helmet because we all have to give it to him,” Isaac commented on the responsibility he could have on the roster for this season that is about to begin. It should not be forgotten that Alarcón will start against the Seahawks at AT&T Stadium.

On the other hand, with the current situation of the offensive line, they will have to evaluate what they will do in the future. If they keep what they have as backups or if they look for a quality offensive tackle with NFL experience.

What is certain is that Isaac Alarcon may have a much bigger window to be at least a backup on the roster in 2022. He has everything it takes to make it happen. But the decision is not up to him alone, as the Cowboys staff will have the final say on the matter.