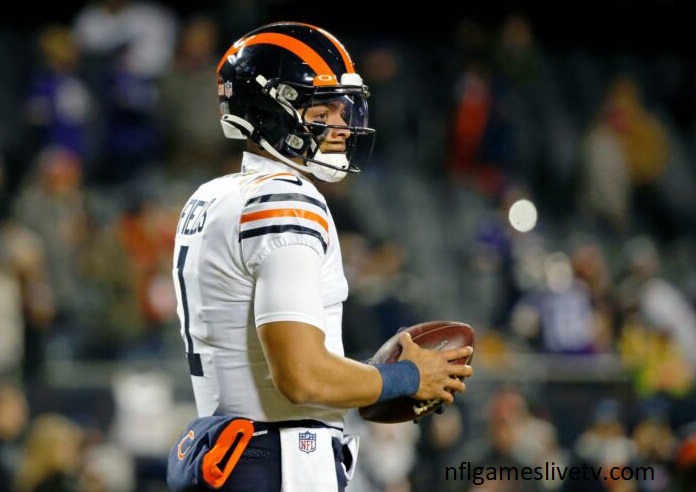 The Chicago Bears enter the 2022 NFL season looking to rebuild what was an expensive and aging roster. The Bears fell apart in 2021, posting a 6-11 record despite a 7.5 win total line. Chicago cleaned out its coaching staff and expectations for the 2022 season are low. Let’s examine the Bears’ current record prediction, their projected win totals, any interesting bets involving the franchise and their odds of winning the division, conference and Super Bowl in 2023.

All odds are house odds caesars unless otherwise noted and are correct as of July 10 at 11 a. m. ET.

Following the release of the NFL schedule, Caesars provided odds and spreads for all Bear’s regular-season matchups in 2022. Based on those numbers, the Bears are projected as favorites in two games, underdogs in 14 and have a push. If the season matches those predictions, the Bears will finish with a 2-14-1 record after Week 18 of the 2022 season.

However, counting wins and losses along bettors’ lines is never that simple. While most money-line favorites win throughout the season, the NFL would be pretty boring if it were that predictable. The Bears’ 20-17 win over Cincinnati in Week 2 and 20-9 win over Vegas are good examples of a bad team beating eventual playoff teams in 2021.

Bettors may believe Chicago will struggle to win games, but they are considered far from a bottom feeder that will be beaten often. Of the Bears’ 17 games, 10 currently have a three-point spread or less on each side. Considering how poorly many graded the Bears’ offseason acquisitions and their draft haul, it’s surprising that Chicago is expected to be bad but still competitive.

The Bears’ 2022 schedule can best be described as spotty. They open against San Francisco and Green Bay but then face Houston and the New York Giants. After four games against fringe playoff contenders and one at Dallas, the Bears get a breather against Detroit, Atlanta, and the New York Jets. Finishing the final month of the season against Philadelphia, Buffalo, and Detroit and then hosting Minnesota is far from ideal.

Now that we know the sportsbooks’ prediction for the Bears week-to-week, let’s take a look at their win total odds for the entire season, division, conference, and Super Bowl.

Bears win total: 6.5 (Over +105, Under -125).
Leads the lowest-scoring team: +600.
NFC North winner: +1200
NFC winner: +6000
Super Bowl winner: +12500
The best way to sum up the odds given to the Bears is that they are closer to the combination of teams competing for the first overall pick than a serious playoff contender. Oddsmakers have tried to incentivize bettors with the +105 return at the 6.5+ win mark. However, the -125 juice line is a good indicator of actual expectations.

With the Bears favored in just two games and pushed in another, the under offers a solid cushion compared to the play-by-play lines. Remember, Chicago has a new head coach in Matt Eberflus and has cut most of the proven veterans from the roster. Young players create optimism among the fan base, but the reality is that the inconsistency of youth leads to tough losses. The NFC North is also a relatively good division. The Bears may not win a single game out of six against the Packers, Vikings, and Lions.

The Packers have won 39 games in the last three years. The Vikings opted for the opposite strategy as the Bears, giving their new coaching staff a chance to win with a veteran squad that has helped win 25 games in the last three years. Detroit is also rebuilding but is a year ahead of Chicago in its process of recruiting and developing young talent.

Bears Rookie of the Year odds and player props.
While Justin Fields figures to be the best MVP option for the Bears, his odds of winning the league-wide award are incredibly high. Winning the MVP requires elite production, team success, and the right player history. Fields would need to elevate this deliberately rebuilding team to a playoff spot and boast stats that could rival Josh Allen or Patrick Mahomes.

It’s not a worthwhile investment to bet on any Bears player to win a high-caliber award like MVP and Offensive/Defensive Player of the Year. Instead, let’s take a look at the best odds for 2022 Bears player props:

Most interceptions thrown
Justin Campos +1000
David Montgomery regular season ground yards.
Over/Under 900.5: -115
Offensive Rookie of the Year.
Velus Jones Jr. +6000
Defensive Rookie of the Year
Kyler Gordon +3000
Coach of the Year
Mate Eberflus +4000
The best values on the slate for Chicago are connected to Fields and running back David Montgomery. They are supposed to be the catalysts for the offense, but neither has a particularly impressive prop bet tied to them. There’s some value in each.
Fields’ +1000 to lead the league in interceptions is behind Zach Wilson (+800) and tied with Trevor Lawrence and Davis Mills. I like Fields’ talent, but he is leading one of the most talented offenses in the NFL and has a first-year offensive coordinator in Luke Getsy. Fields threw just seven touchdowns but 10 interceptions in 12 games last year.

The trickle-down effect of Getsy’s wide-zone offense should help everyone from Fields to offensive linemen Larry Borom, Teven Jenkins, and Cody Whitehair to Montgomery. Montgomery has eclipsed the 900-yard mark once in his three years so far. The 25-year-old is entering a contract year.

Bears 2022 picks.
Bears under 6.5 win: -125
Montgomery over 900.5 yards: -115.
There are several attractive Bears props that we listed above. The total is the most obvious play, and the under is the best pick. Chicago has a tough road to reach even six wins, let alone achieve the over.

If the season plays out as bettors believe, the Bears could enter Week 10 with a 2-7 record and underdogs against Detroit. They would then need to get wins against the Lions and against the Falcons and Jets just to put themselves in a position to finish with seven wins. I don’t see that happening.

We’ll bet on Eberflus’ ability to win Coach of the Year with a relatively empty roster, as well as the chances of one of his rookies making enough of a statistical impact to prove to be a great improbable bet. Velus Jones can be a rotational third receiver, and Kyler Gordon lacked ball-hawking production in college, so it’s hard to see real value there.

Fields’ interception attachment is interesting but not enticing enough. I don’t think he’ll lead the league in interceptions if Getsy implements the Green Bay offense where he served as quarterbacks coach and aerial game coordinator for the past two years. If Getsy replicates Matt LaFleur’s strategy of the last three years in Green Bay, the Bears will finish around league average in pass attempts and carries. The quality balance will be key to Fields’ development. LaFleur’s offense will put Fields in motion on rollouts for quicker reads and easier complete passes. Simply mitigating the responsibility of carrying last year’s offense will go a long way in protecting Fields from tallying an interception total that we can expect from less accurate passers.

Fields are smart and athletic, even if his rookie season was horrible statistically. Having both Darnell Mooney and Cole Kmet in their third seasons should bring positive continuity and incremental jumps from both. There’s enough there for Getsy to squeeze a promising season out of Fields.

I like Montgomery’s 900.5-yard total. He was on track to easily clear the 1,000-yard mark in 2021 but missed four games with a left knee strain. Betting on any back to stay healthy is a crapshoot. But Chicago has little incentive to platoon Montgomery with sixth-round rookie Trestan Ebner, Tennessee Darrynton Evans, or 2021 sixth-rounder Khalil Herbert. Herbert is the most interesting player in that group, but he still doesn’t have a different enough skill set to take significant carries away from Montgomery.