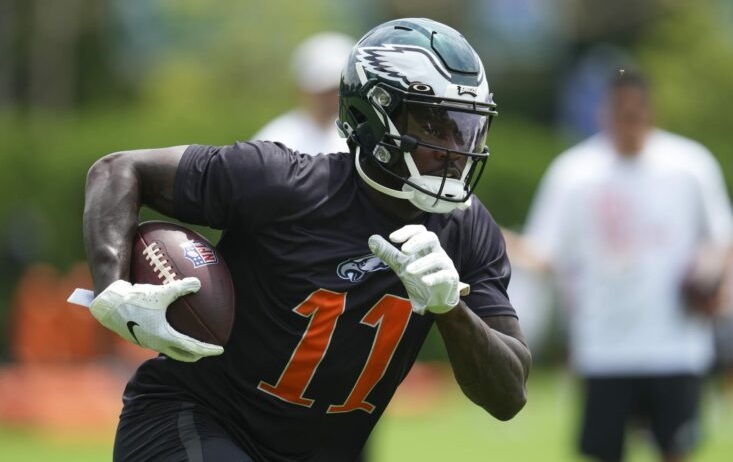 Wide receiver AJ Brown apparently responded to the report in a series of tweets, calling it “false” while defending Hurts. Youtube Link

AJ Brown defends Jalen Hurts and calls practice report ‘false’
Brown will not tolerate any slander against Hurts. Neither will offensive tackle Lane Johnson, who responded to Brown’s tweet.

Regarding the 10-play sequence, Gunn said that when he talked to people in May, they noted that Hurts threw three picks and four incompletions while being caught three times.

Last season, Hurts showed what he could do through the air and on the ground. Hurts completed 61.3 percent of his passes for 3,144 yards, 16 touchdowns and nine interceptions, while also rushing for 784 yards and 10 touchdowns on 139 carries.

As mentioned above, the Eagles showed they were ready to compete for the Super Bowl in the NFC. Their biggest move? Acquiring Brown from the Tennessee Titans in exchange for the No. 18 and 101 picks in this year’s NFL Draft. Then, the Eagles signed Brown to a four-year, $100 million contract extension.

Hurts has the tools to succeed, including one of the best offensive lines in the NFL and an open receiver corps led by Brown and DeVonta Smith. It will be up to him to put it all together, as he has one more year left on his rookie contract after next season. That gives the Eagles something to think about throughout the campaign. Expect much more talk about Hurts’ performance during training camp and preseason games ahead of Philadelphia’s Week 1 matchup against the Detroit Lions.