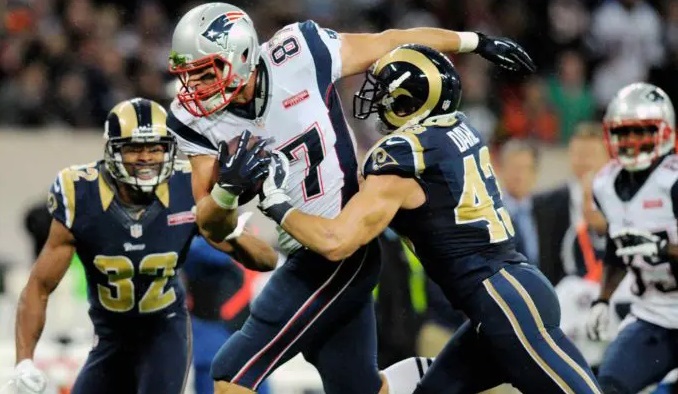 The dominance of the Kansas City Chiefs, who crushed the Cardinals 44-21, and the Buffalo Bills, who held off the champion Rams 31-10, at the start of the NFL season foretells how close the fight for the top of the AFC will be.

The Chiefs’ offense was reminiscent of the one that led them to a 31-20 Super Bowl IV win over the San Francisco 49ers, in a game in which quarterback Patrick Mahomes was named MVP.

Against the Cardinals, Mahomes was a machine, throwing five touchdowns, passing for 360 yards, completing 30 of 39 completions and no interceptions.

Add in the combination Mahomes has with tight end Travis Kelce, one of the most complex for opposing defenses.

Kelce caught eight passes for 121 yards against Arizona, joining retiree Rob Gronkowski and Hall of Famer Tony Gonzalez as the only tight ends in NFL history with at least 30 games of 100-plus yards.

That offensive power, coupled with a defensive line that pressures the opposing passer, made three catches against the Cardinals, confirms coach Andy Reid’s team as one of the favorites to win the American Conference and reach the Super Bowl.

In Los Angeles, the Bills, the other AFC favorite, battered the champion 31-10 on the back of a great performance by their quarterback Josh Allen with three touchdown passes.

During the offseason the Firebaugh, California, native studied different ways to improve his delivery; he turned to a personal trainer and technology as tools.

“I want to win no matter how I do it. No matter how hard it is, if I have to crash instead of the slide I’ll do it to win,” he said at the end of the matchup against the Rams last Thursday.

The talent in the American Conference’s young quarterbacks doesn’t stop with Mahomes and Allen.

The Los Angeles Chargers showed they are ready to challenge with 24-year-old Justin Herbert, who entered the 2022 season with three touchdown passes in a 24-19 win over the Las Vegas Raiders on Sunday.

Herbert will experience his third season with the Chargers in 2021 he fell one win short of leading his team to the playoffs, but his talent is beyond question; he was second in the league with 5,014 air yards and third with 38 touchdown passes.

In the National Conference, the youth of Bears’ Justin Fields, 23, and 49ers’ Trey Lance, 22, still has them far from leading their teams to championship contention.