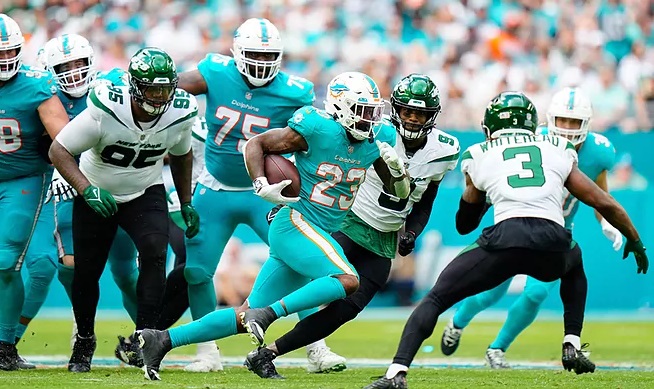 The Miami Dolphins got a big win at home by beating the New York Jets 6-11 at Hard Rock Stadium and getting into the postseason for the first time since 2016, they will play in the wildcard round against the Buffalo Bills.

Jason Sanders kicked a 50-yard field goal for the lead with 18 seconds left. The Dolphins (9-8) snapped a streak of five consecutive losses and then had to wait a few minutes for Buffalo to defeat New England 35-23 to make their postseason appearance official. “We’re In” was displayed on the Stadium’s video board.

Miami will play at Buffalo in the first round of the playoffs next weekend. The AFC East rivals split the season series and each won at home.

Sanders’ kick came after the Dolphins were aided by a 15-yard penalty on Quincy Williams.

The Jets (7-10) finished the season with six straight losses in a disappointing collapse for Robert Saleh’s team. New York failed to score a touchdown in its last three games.