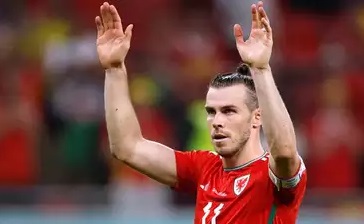 The former Real Madrid footballer, Gareth Bale announced his retirement from professional football, a few weeks before the end of the Qatar 2022 World Cup, in which he lived his first World Cup adventure.

Through a letter posted on his social networks, it is how the Welshman communicated to the public his decision to leave football, to venture into other activities.

I thank all those I have had the opportunity to play with and without whom I could not have achieved anything of what I have. Also to all my clubs Southampton, Tottenham, Real Madrid and Los Angeles and to all my managers and coaches, teammates and people of the technical staff whose contribution to my career is impossible to measure.

Bale leaves football at the age of 33, after a successful career in which he won five Champions Leagues, and three Spanish leagues and led his team to the semifinals of Euro 2016 and his first World Cup since 1958, along with winning MLS with Los Angeles FC.