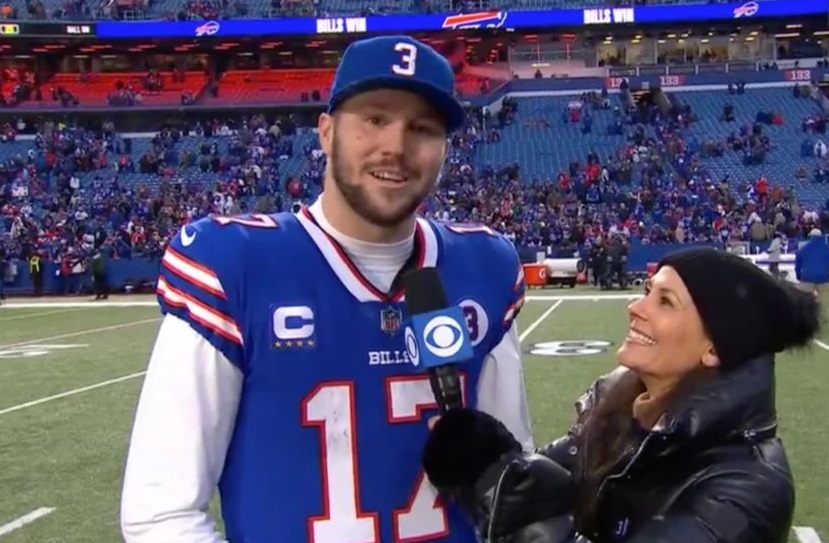 After the accident that could have cost Damar Hamlin his life, the NFL world was shaken. At a press conference, he was also shocked was Josh Allen. The Buffalo Bills quarterback explained how it feels to remember the play that ended with his teammate hospitalized.

Josh Allen, moved by Damar Hamlin
This Thursday, after the practice of the Buffalo Bills, Josh Allen gave a press conference in which most of the questions had to do with what happened to Damar Hamlin.

There, the quarterback was moved. “The scene plays over and over again in your head. It’s hard to describe how I felt and how my peers felt at the time. It’s something we’ll never forget,” he explained.

He added: “But knowing that Damar is okay… I know there are still a lot of things he still has to process and go through to be himself again.”

But Allen made an effort to hold back the tears and not break, especially when he revealed that in his head the episode is repeated and causes him deep pain.

Josh Allen defended Tee Higgins
In a press conference, Sean McDermott, head coach of Buffalo, referred to what happened Monday night and did so with remarkable sorrow, but understanding that they are consequences of the actions of a game like American football.

Who went deeper into the specific event was Josh Allen. The quarterback was blunt in supporting Higgins.

“I want to say one more thing: I haven’t contacted Tee. I hope you have received some peace today. I saw some things on Twitter. And people shouldn’t be attacking it in any way. I’m glad Damar’s family came out and said that. I hope you have found some peace of mind today. Because that was a football play. And I hope he’s not blamed because there’s nothing he could have done in that situation,” Allen said.

How Tee Higgins Feels
The NFL lives hours of tension after the unfortunate accident on Monday night when, in full dispute for the ball, Tee Higgins hit Damar Hamlin with his helmet, who stood to continue the play but suddenly vanished. The report alleges a cardiac arrest on the field of play and his situation seemed critical.

However, the good news came and in the last 24 hours, the announcement is of a “remarkable improvement” for the Buffalo Bill’s safety.

Higgins, with a clear sign of pain for what happened, revealed how he feels: “Obviously it has been difficult, just because of the fact of knowing that I had something to do with the play. Everyone has been reviving me. I talked to his mom and everything is fine, he’s getting better, and so I’m at peace right now.”

At the same time, he provided more details about the talk with Damar’s mother: “He has been thinking about me, praying for me and all that. And suddenly he tells me he’s fine. And pure positive things.”

Higgins then delved into what he suspected when Hamlin fell. “As a football player, I thought he was faking a punch, one of my teammates had hit him. I saw him fall. I looked again and saw what happened and just turned around trying not to think about it. I knew it was weird and tragic,” he confessed.

After what happened, the decision of the Bengals was to end the game, at least for that day. “You know, it’s hard to see. Obviously, I wasn’t fit to play the rest of that game, and I’m glad we decided not to play,” Tee admitted, recalling the entry of the ambulance and the actions of the medical staff.