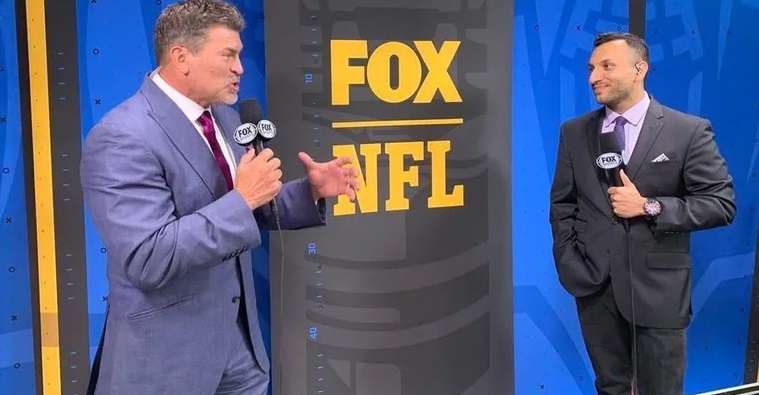 Fall Sundays are for football and the NFL on Fox is one of the homes for catching much of the action every week.

The NFL on Fox covers about half of the weekly slate of games that play on Sunday afternoon and early evening (primarily NFC matchups), while the NFL on CBS covers the rest of that slate (mostly AFC games).

How to watch the NFL on Fox

Fox, as one of the four major US TV networks, is carried by all pay-TV cable providers, so if you have a cable subscription then you have access to your local Fox station and the NFL on Fox. Another option is a TV antenna, which can receive all local station signals, including Fox.

Live TV streaming services have become a popular alternative to traditional cable, but consumers can still get access to their local Fox stations through many of these services, including FuboTV, Hulu with Live TV, Sling TV and YouTube TV.

Fox does not have its own streaming service, but if you are a subscriber to a traditional or live TV streaming service that carries the network, you can use that login to get the game on the Fox Sports app.

UK NFL fans that are interested in how they can watch the weekly NFL games that air on Fox should know that free-to-air broadcaster ITV is taking over NFL broadcasts in the UK (from the BBC).

There are some additional paid-for options to watch NFL games in the UK, including Sky TV and the NFL Game Pass subscription service.

Check out the full schedule of NFL on Fox week 1 game for the 2022 NFL season. What games are available depends on where you live. Here is the NFL week 1 regional broadcast map(opens in a new tab) to see what games are playing in your area.

Fox’s America’s Game of the Week: Packers vs Vikings

The NFL of Fox’s marquee game is dubbed America’s Game of the Week. There are seven games in the 2022 NFL season that carry that designation and are going to be broadcast to nearly the entire country (some areas may get their local team if they have a game in the 4 pm ET time slot).

For NFL week 1, America’s Game of the Week pits two NFC North rivals against each other, the Green Bay Packers and the Minnesota Vikings.

The Packers are coming off another season where they won 13 games, where a top seed in the NFC, and Aaron Rodgers was named MVP, only to be eliminated before the Super Bowl. If the Packers are going to do better, they’ll be doing so without one of their key pieces the last few years, wide receiver Davante Adams, who was traded in the offseason. However, most of the rest of the team is back and you should never count out Aaron Rodgers. Until proven otherwise, the Packers are an NFC contender.

However, the Minnesota Vikings could be a team that threatens the Packers’ long run of dominance. The Vikings just missed the playoffs last year but now have a new head coach, Kevin O’Connell, who looks to supercharge an offense that has Kirk Cousins at quarterback, the dangerous running back Dalvin Cook, and one of the best receivers in the game in Justin Jefferson. If the offense proves to be as dynamic as some predict and the defense improves after an abysmal 2021, then Minnesota could assert themselves not just in the NFC North, but the entire conference.

As of September 8, the Packers were just 1.5-point favorites against the spread and -117 on the Moneyline.