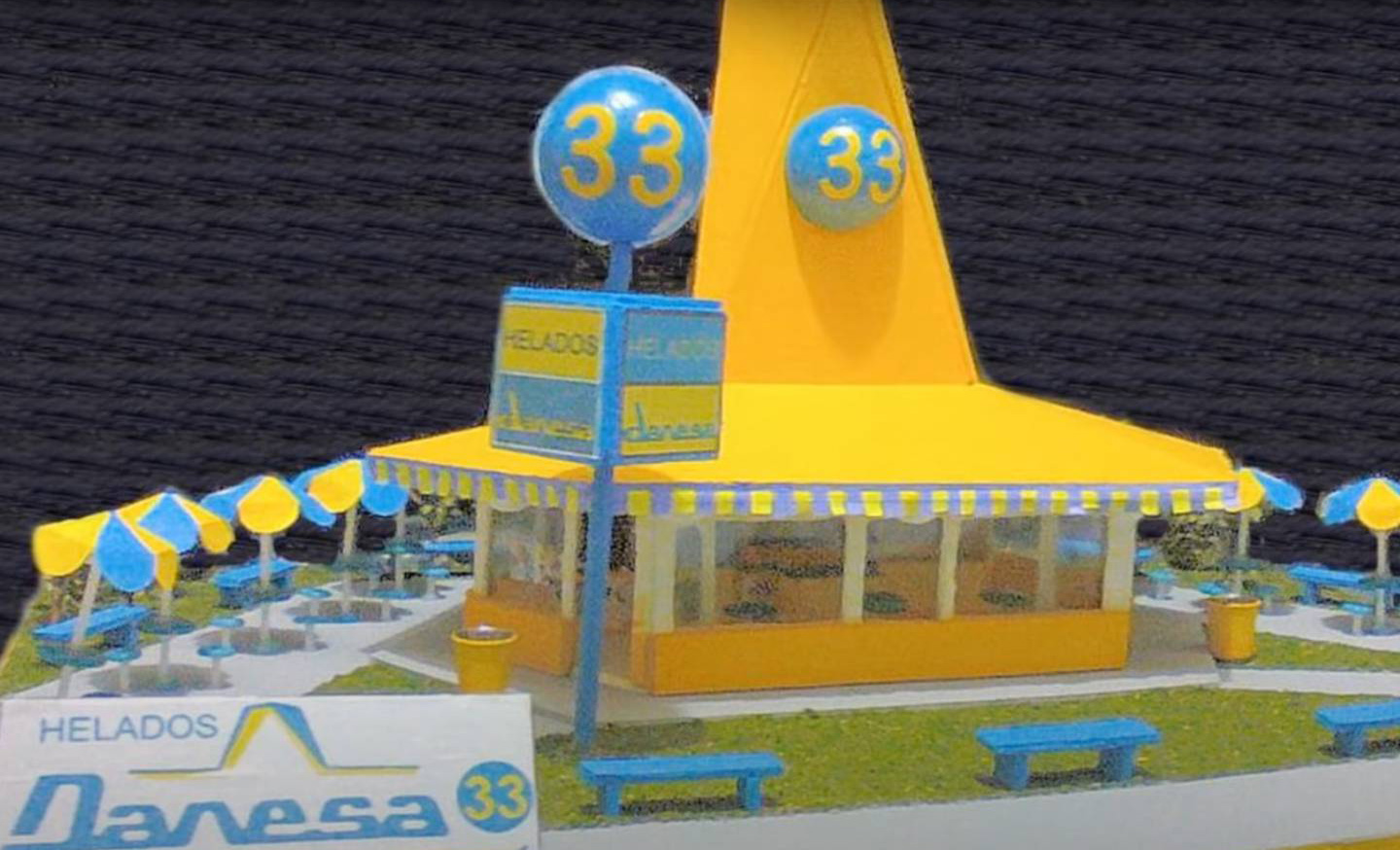 The Mexican ice cream shop was bought by Nestlé, although it is today Helados Vida who has the right to exploit the name of the brand.

If you are a lover of nostalgia you will remember an ice cream shop that had a peculiar market strategy since it sold its ice cream in mini NFL helmets in the eighties. Going to Danesa 33 was not only about enjoying a cold dessert, it also gave you the possibility to collect objects that combined your passion for football and sports.
With a slogan that said “a ball of flavor” was created in 1972 by Francisco Vega Padilla in Lagos de Moreno, nothing more and nothing less than in Jalisco, being a Mexican company. The history of Danesa 33

Vega Padilla took over a family dairy factory that marketed cheese and yogurt, although it soon gave way to a new star product thanks to its ice cream, which began to give something to talk about. As its popularity increased, so did its branches, characterized by the colors blue and yellow.

The franchises moved to various states of the Mexican Republic, so in 1988 Nestlé bought it, although ten years later it disappeared, but not before making a commercial prior to the 1990 World Cup in Italy with the footballer Hugo Sánchez, who in addition to trying them promoted a calendar of the sports fair and a photograph autographed by him.

What happened to Danesa 33?

In the late nineties and early two thousand, Danesa 33 went off the market. More than a decade later, Helados Vida turned to the Mexican Institute of Intellectual Property (IMPI) to register the name of the trademark in 2012 based on the law, which said that after three years in disuse it could be exploited again.

In 2014 Grupo Herdez entered the equation, as it bought for one billion pesos the division from Nestlé – which was then already in litigation with Helados Vida for the brand – where, among other products, Danesa 33 was included. In 2016, after more than fifteen years, pallets and boats returned to self-service stores.

However, the essence was already gone because instead of emphasizing the sport they did it with music stars worldwide such as Katy Perry, Maluma, Shakira, and J. Balvin.

After an injunction from Nestlé, the litigation reached the Supreme Court of Justice of the Nation in 2020, which gave the reason to the Mexican company.

Finally, the Mexican company has all the rights of law to return to the ice cream stands thanks to a document that endorses them that marks a validity from June 26 of this year and is only valid in ice cream stands. So the new generations will be able to meet those who made the children and adults of 40 years ago happy.