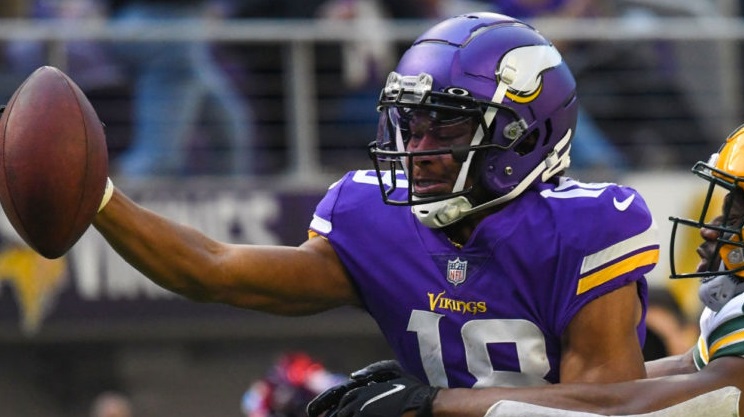 The Green Bay Packers were not only swept by the Minnesota Vikings, but they also lost some of the contending calibers that had been predicted for them in recent months. With such a showing in the NFC North, thanks to WR Justin Jefferson, perhaps it’s time to question our early season predictions and prepare for a possible power succession in this division.

The same old story with Matt LaFleur and the Packers.
If there’s one thing Green Bay’s young head coach Matt LaFleur has yet to achieve, it’s a good start and a better finish to the season; he’s 2-2 in his career in the NFL’s opening week and 2-3 in the playoffs. In the end, that hasn’t stopped the team from gradually improving and reaching its best in the following weeks of previous campaigns.

What is new this time is the number of absences to start the regular season, which led to a makeshift offensive line and a limited corps of receivers. The first, obviously, has a solution when offensive linemen David Bakhtiari and Elgton Jenkins return, later on, the other also, but it is much more complicated.

The cost of retaining Aaron Rodgers
Whether it’s by ego or Matt LaFleur’s design, the truth is that they keep throwing the ball with Aaron Rodgers, which makes it easier for opponents to find their weak spot: their rookie receivers, which at the same time is a consequence of practically forcing WR Davante Adams out by retaining Rodgers months ago.

Thus, we had an aerial game that does not even generate 200 yards against a weak secondary like Minnesota’s and a sadly forgotten ground game. RB Aaron Jones managed at one point a 29-yard carry, but they never stuck to that to build the offense. However, as was known when the superstar QB stayed, his power is such that he was going to start having an impact on decisions of all kinds in the organization; today it was in the playbook.

Justin Jefferson becomes the heart and soul of the Vikings.
That is, we have Minnesota being as opportunistic as any contender. Perhaps more importantly, coach Kevin O’Connell actually put his best guys on the field to use and didn’t try to complicate things like his opponent. Although in all fairness, everything is easier when you have WR Justin Jefferson and RB Dalvin Cook on your side.

In the stats, the two-time Pro Bowler caught 9 of 11 passes in his direction, racking up 184 yards and 2 TDs. Jefferson’s dominance was such that he gained 158 yards in the first two quarters alone, while the Packers barely managed 100 total yards in that period.

Inexplicably, the Packers wanted to defend against him with second-year CB Eric Stokes, instead of putting in the much more seasoned Jaire Alexander. In the end, QB Kirk Cousins never hesitated in the face of such an opportunity.

A wake-up call for the Packers
This team perhaps has a philosophy like San Francisco, where Matt LaFleur’s mentor, HC Kyle Shanahan, is based. On both teams, they make life difficult, rather than thinking like Kevin O’Connell has, much more hands-on.

This was reflected when they wanted to convert on fourth chances, as they simply couldn’t get it either way. And in such an important game, letting one chance go hurts, losing four finishes you off.

Today they wanted to surprise the Vikings by playing with what was more improbable, the result was evidently disastrous. Although there is no season that starts and ends in September, it is true that Minnesota is showing that these are no longer the old days, where they were a mere observer of the NFC. On the contrary, it seems that the Packers still assume that these are the same Mike Zimmer Vikings of years past and not the Justin Jefferson Vikings of the present. The situation may change if the Packers don’t internalize the great risk of it happening by going down this road.

Do you think the Packers can adjust like last year or are we living in changing times in the NFC North? Let us know your thoughts below this article or via our social media posts.