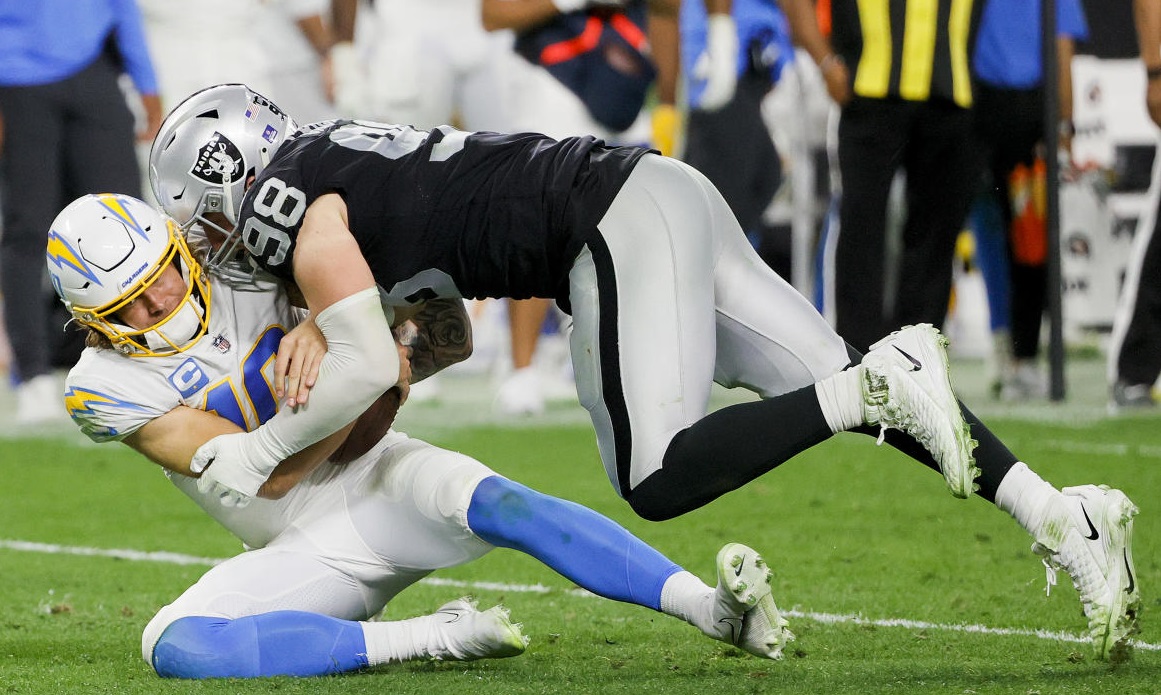 The NFL regular season kicked off with a dramatic 24-19 win by the Chargers over the Raiders, with Justin Herbert relentless, finishing the game with 279 yards and three touchdown passes.

In addition to the 24-year-old quarterback’s performance, the Charger’s offense was paced by receivers DeAndre Carter and Gerald Evertt, with touchdowns apiece. Defensively, corners Asante Samuel Jr. and Bryce Callahan and lineman Drue Tranquill each had an interception against Derek Carr.

On the bad Raiders’ side, in addition to the score, Josh McDaniels’ team looked inoperative in the final part of the game, failing to really bother in the closing stages of the game, except for Davante Adams’ touchdown with just over four minutes to play.

The team led by head coach Brandon Stanley takes an important first victory against a direct rival in the AFC West Division.

For the extra point, which would have meant victory and a comeback for Cincinnati, Pittsburgh and its steel curtain stopped the home team and forced one of the first overtime of the season.

With five seconds on the clock during overtime, kicker Chris Boswell gave the Steelers the win with a 53-yard field goal to make the score 23-20 for Pittsburgh.

Vikings surprise Packers
The Vikings defeated the Packers 23-7 with relative comfort, in what was a lousy start for Aaron Rodgers’ team, which despite looking with a total of nine different receivers, was not able to establish its best game through the air.

On the Vikings’ side, Kirk Cousins was able to combine on a couple of occasions with Justin Jefferson, for the two touchdowns of the game.