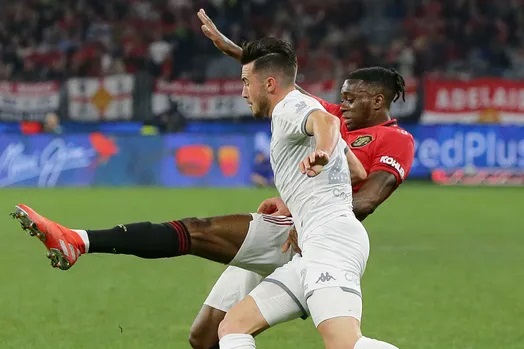 Leeds United play host to Brentford in the Championship at Elland Road on Wednesday.

Marcelo Bielsa’s side has made a promising start to the season, earning seven points from a possible nine, including a 2-0 win over Wigan on Saturday.

Brentford, meanwhile, has been struggling to find a cutting edge to their play, with a win, a draw and a loss earned in their first three matches of the campaign.

Can the Bees overturn their disappointing beginning to the campaign or will Leeds keep their early momentum going?

For UK readers, get your fix on the latest football on TV here! US readers can find out what soccer is on TV here!

In the United States (US), the game will be available for streaming on LUTV and iFollow.

In the United Kingdom (UK), the game will be broadcast on Sky Sports Red Button and can be streamed via Sky Go Extra.

Leeds will be without Luke Ayling in defense once more, while both Barry Douglas and captain Liam Cooper face late checks.

Similarly, there are doubts over Ezgjan Alioski and Tyler Roberts in attack, where on-loan Arsenal youngster Eddie Nketiah is seeking to make his league debut for the club.

Brentford is closing in on full fitness, although Josh Clarke and Ethan Pinnock are doubtful.

Said Benrahma returned to action via the bench at the weekend and could feature from the outset in this game, while ex-Leeds defender Pontus Jansson will hope to make a positive impression on his Elland Road return.

Leeds’ latest challenge as they seek to return to the Premier League is a home match against Brentford at Elland Road on Wednesday.

One of seven clubs on seven points ahead of kick-off, the Championship is shaping up to be its usual log jam, though this represents a fine opportunity for Marcelo Bielsa’s men to strike out into the early lead.

On Saturday, they overcame Wigan 2-0 thanks to a Patrick Bamford double in a match in which their passage was eased by their opponents going down to 10 men after 20 minutes – a red card that allowed them to conserve valuable energy ahead of this midweek match.

Bielsa, for the time being, has been unwilling to comment on the level of his team’s performance.

“It’s very fast to do some analysis with only three games played,” he said. “Any comment that we make right now is without the right time to draw conclusions.

“We have played three different games and giving a point of view without having enough numbers is not the right thing to do right now.”

Brentford, meanwhile, has four points from three matches but have been left to rue their inefficiency in front of goal, caused in part by the departure of last season’s leading scorer Neal Maupay to Brighton.

Nevertheless, Thomas Frank’s men have won their last two away matches in the Championship and are chasing three successive road victories for the first time since April 2016.

“It will be one of the toughest away games we can play. We are going up there confident, we know that we are a good side. We need to hit our top-level Wednesday then we can go there and win,” the manager said.

“We hugely respect Leeds and what they can do, they have been looking bright and sharp from the start of the season. We know what to expect but what to expect doesn’t mean it will be easy.”

Victory for either side would represent a major boost early in the season.