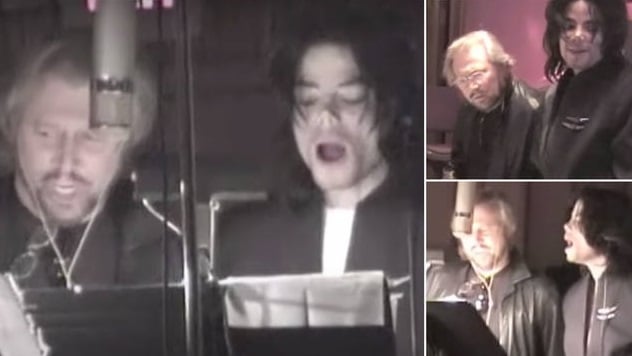 Michael Jackson was born on a day like today in 1958 in Gary, Indiana, and went on to become, from the age of ten, one of the most important music stars in history.

Today there is never a shortage of his iconic songs ‘Thriller’, ‘Ghosts’ or ‘Is it Scary’ at Halloween parties; or the popular ‘The Way You Make Me Feel’ or ‘P.Y.T.’ at eighties parties, but Michael Jackson recorded songs with many other artists, which to this day have not been officially released.

The producer and singer Will.I.Am has assured that he will never release the songs he recorded with the King of Pop, during 2007 or 2008, because it would be a “lack of respect” to Jackson; although on the other hand, after his death in 2009, the Estate of Michael Jackson, has released songs recorded with Akon, Lenny Kravitz, Freddie Mercury, and Justin Timberlake.

Even so, there are many songs that despite not having been officially released, have appeared on the net, many of them are demos, others are simply songs that Jackson discarded, and among them, there is one with one of the most iconic artists, Barry Gibb.

That’s right, in 2002, Michael and Barry were very close, so much so that a few years ago, the Bee-Gee shared an interesting story:

“Michael was at my house, we were just hanging out; I think Michael wanted to get away from all the legal problems, it seemed like he didn’t know who his friends were.”

In the interview, he claimed that due to the age difference at the time (2002/2003) and since Barry Gibb was busy with his kids, he had to ask Jackson to leave his house.

“He started hanging out at my house all the time and it got to a point where I said, ‘Michael, I don’t know where you’re going to go, but you have to go’; so I politely asked him to leave.”

But during that time, the two worked on a song called ‘All in Your Name,’ which although never officially released, can be found on YouTube.

“We came up with ‘All in Your Name,’ but it was never that serious,” Barry Gibb said of the song.

Not only the melody, but the two artists can be seen working on it, recording the song, and in another video, the two are seen writing it, thinking about what to change or improve.

“We were very good friends, and the more we got to know each other, the more ideas came up for the song” Barry Gibb talked about ‘All in Your Name’ a little more and assured:

“The message of the song is one he wanted to send to his fans, that he did it all for them and his pure love of music,” he concluded. Official Youtube Channel