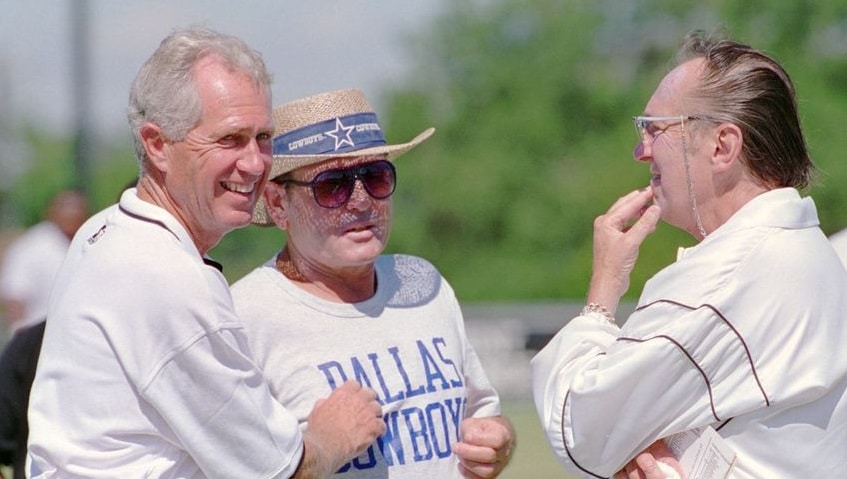 Ernie Zampese, the architect of the offense known as “Air Coryell” led by Dan Fouts with the San Diego Chargers and the play caller in the Troy Aikman-led offense that won the last of the Dallas Cowboys three Super Bowl titles in the 1990s, has died. He was 86.

Zampese joined Don Coryell’s staff at San Diego in 1979, beginning an eight-year era in which Fouts and the Chargers led the NFL in yards through the air six times. San Diego reached the playoffs four years and the American Conference championship game twice.

After seven years as the Los Angeles Rams offensive coordinator, Zampese came to the Cowboys in 1994 to lead an offense led by Aikman, running back Emmitt Smith and receiver Michael Irvin.

Dallas beat Pittsburgh to win that year’s Super Bowl and Zampese remained in charge of the offense for two more years before spending two seasons as New England’s offensive coordinator.

The Hall of Fame presented Zampese with an award of excellence this summer.

Fouts and Aikman are in the Hall of Fame, along with Smith, Irving and a pair of other Chargers offensive players in wide receiver Charlie Joiner and tight end Kellen Winslow.

“Ernie Zampese was some of the most brilliant offensive minds in the history of sports,” Aikman wrote on Instagram alongside a photo of Zampese and him during a workout. “Many of his offensive concepts are still used to this day.”

Zampese was an assistant at Cal Poly in 1966 before spending a decade with San Diego State. He came to the NFL as a scout with the New York Jets in 1977 before leaving with the Chargers. Coryell is a finalist for the 2023 Hall of Fame class.