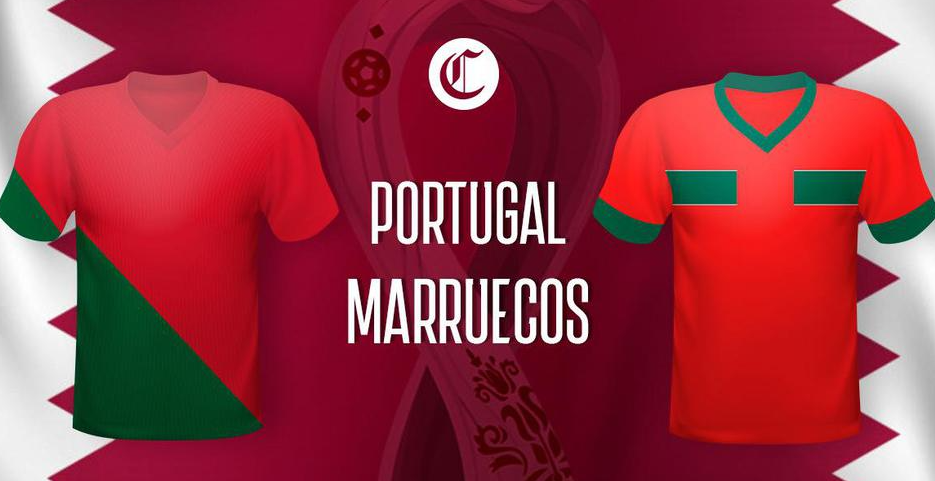 The Qatar 2022 World Cup continues with its quarterfinal phase, where Morocco and Portugal will face each other.

The Qatar 2022 World Cup has been giving us electrifying and exciting matches, and now comes the quarterfinal phase where Morocco vs. Portugal will face. One is the surprise of this new World Cup edition, and the other one of those called to fight for the title. In this note you know all the details of this duel that will be followed internationally from start to finish.

The selection of Portugal comes from providing a demonstration of total football against Switzerland in the knockout stages. Triumph by 6-1, with hat trick of Goncalo Ramos, evidenced an improvement of the pupils of Fernando Santos. Of course, the news was also the substitution of Cristiano Ronaldo, who entered against the Swiss in the final minutes of the commitment.

“It was because of the characteristics of the game, they are different players. Dalot also entered, Cancelo came out… It has to do with what I thought of the dynamics of the game. Problem? I already answered that question. No problem, we have been friends for many years. Everything is completely arranged and he gave the example of a true captain,” Fernando Santos, Portugal’s coach, told the media about this.

“Nothing linked, that matter is closed. It was a strategic option, which we had been preparing for a few days for this match, with different moves. A strategic option, nothing more, is an exemplary professional and if he has to go the game he will help Portugal a lot, “said the coach to Sport TV.

Morocco, for its part, made it clear that it wants to surprise in the World Cup by eliminating Spain from the penalty spot. After a goalless draw in the 120 regulation minutes, the Africans proved more effective on penalties. In addition, goalkeeper Bono showed off by stopping all the shots that went to his goal.

“It’s a beautiful moment. We have an extraordinary team and we can go far. It is an intense game in which we wanted to go down in history, “explained coach Walid Regragui amid jubilation.

“What my players have done is extraordinary. We have spared no energy or effort against one of the best teams in the world, the best in the tournament in terms of possession. They have made us run a lot, we knew that, but we have been able to defend and we have one of the best goalkeepers in the world,” he explained.

Who is Portugal’s top scorer in the World Cup?

In the current World Cup, Portugal’s top scorer is Goncalo Ramos with three goals. They all did to Switzerland in the knockout stages. Then follows Bruno Fernandes with two and further back appear several players with a goal, including Cristiano Ronaldo.

Currently, the Portuguese striker has 8 goals in the World Cup and is only one away from equaling the historical record of Eusebio, who scored nine goals in 1966. Will he reach it?

The Manchester United midfielder spoke at a press conference after the World Cup match and tried to put himself in the place of the Portuguese captain. “If the coach left me on the bench in the next game, I would be angry,” the 28-year-old told the media.

“Do you think someone likes to be on the bench? I don’t think Cristiano is happy,” he added. “Cristiano Ronaldo does his job, he is doing his part, he is happy with the result because everyone’s goal is to go as far as possible,” said the midfielder.

Which player from Morocco has the most goals in Qatar 2022?

The Moroccan team has several players with one goal in this World Cup edition such as Hakim Ziyech and Youssef En-Nesyri.

Time zone of Morocco vs. Portugal

On national soil, the ball will roll from 10:00 in the morning. Below, look at the international schedules.

Where do Morocco vs. Portugal play? Stadium

The game will take place at Al Zumama Stadium or Al Thumama Stadium, a sports stronghold located in Doha, Qatar. It is one of the official venues of the 2022 FIFA World Cup. It has a capacity for 44,400 spectators.

Both teams have only met twice, leaving a balance of one win per side. First they clashed in the group stage of the Mexico 1986 World Cup, where the victory was for the Africans by 3-1.

Subsequently, they clashed in Russia 2018, also in the group stage. That time it was the Portuguese who celebrated with a goal from Cristiano Ronaldo with a header.