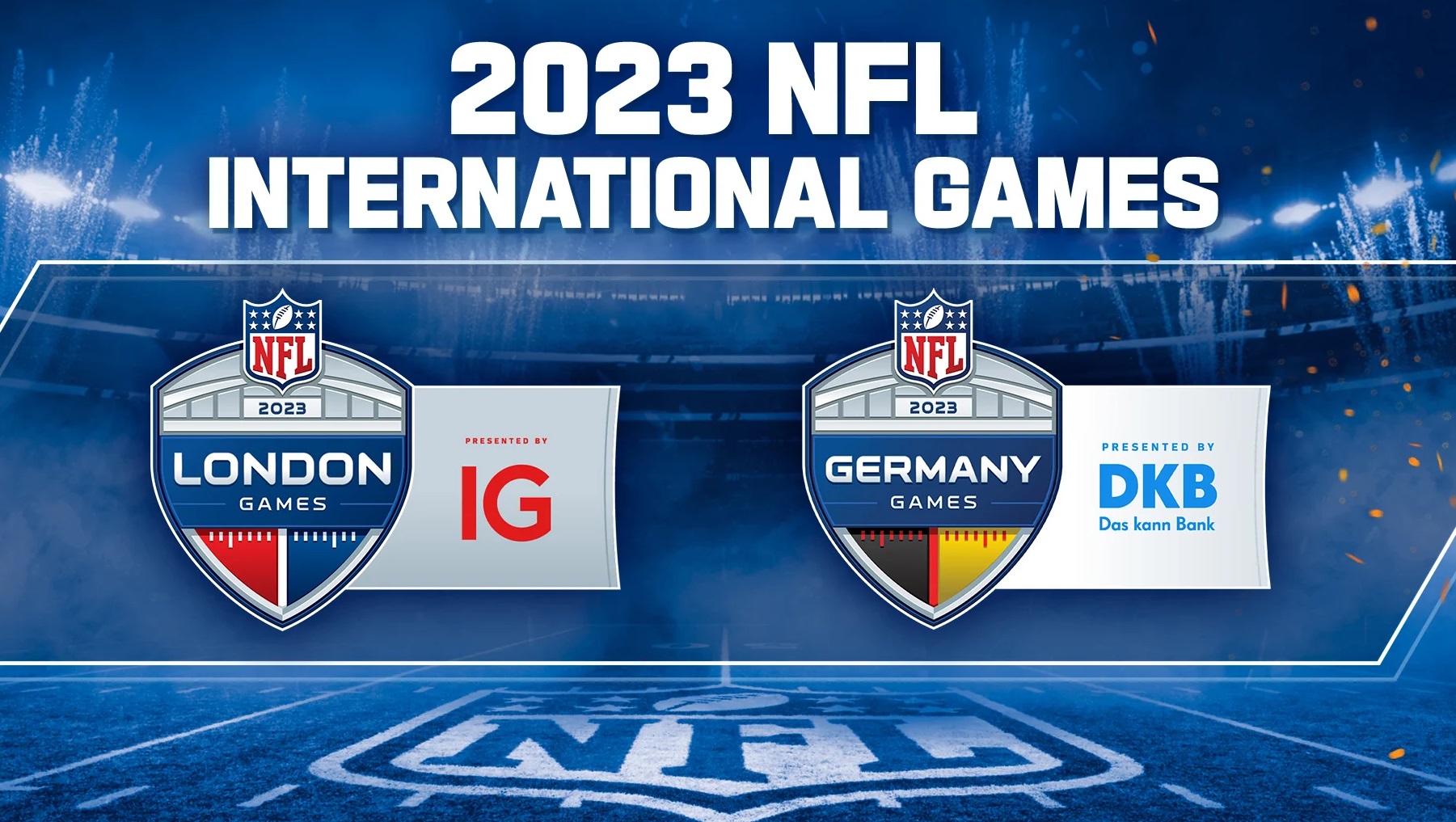 London’s Tottenham Hotspur Stadium, the only purpose-built NFL stadium outside the United States, will once again host two international games, featuring the Bills and Titans. The Jaguars will return to their home away from home, Wembley Stadium, as part of their multi-year commitment to play in the UK.

The 2023 season will also see the Chiefs and Patriots play regular-season games in Germany, in cities to be determined later this year. The NFL previously confirmed that Munich and Frankfurt will host games in Germany for the next four years. The Chiefs and Patriots are part of the NFL’s International Home Marketing Area (IHMA) program, both of which have international marketing rights in countries beyond the United States, and both have received this benefit in Germany.

Details of dates, matchups and start times will be confirmed later in the year when the full 2023 schedule is announced. Fans can show their interest in buying tickets by visiting this link here.

This will be the second trip to London for both Buffalo and Tennessee, with the Bills playing there in 2015 and the Titans in 2018. The Jacksonville Jaguars, also an NFL team that is part of the IHMA program with marketing rights in the United Kingdom, will play their tenth historic game in London this year. The Chiefs and Patriots will make their debut in Germany, following the inaugural international game there in Munich in 2022.

The 2022 International Games saw record attendances and audiences as ticket demand and fan base continue to grow for the League worldwide.

“Growing the League and our sport internationally is a major strategic priority for the NFL, and we are excited to return to playing five games outside the United States in 2023,” said Peter O’Reilly, NFL Executive Vice President, Club Business, Major Events & International. “We know how important live regular season games are to our passionate global fans and thank our clubs for their strong long-term commitment to this important initiative. Interest in our game globally is at an all-time high, and we look forward to returning to the UK and Germany in 2023 with some of the NFL’s most iconic clubs and stars.”

O’Reilly added that there will be no international play in Mexico in 2023 due to renovation work that will take place at Mexico City’s Azteca Stadium.

“Mexico plays a critical role in the NFL’s international growth strategy, with its passionate and growing fan base. We will maintain that commitment throughout the year with our incredible Mexican fans and look forward to future games in Mexico.”

“We are proud to have been selected to participate in our League’s international games in 2023 and continue to help grow our sport globally,” said Ron Raccuia, Executive Vice President/Chief Operating Officer of the Buffalo Bills. “The NFL has done an incredible job with this initiative. We are excited to have Bills Mafia experience Tottenham Hotspur Stadium, one of the main design inspirations for our new stadium scheduled to open in 2026.”

“It’s an honor to be one of the teams representing the NFL overseas in 2023 and play a role in continuing the incredible growth our sport has seen in the United Kingdom,” said Burke Nihill, president and CEO of the Titans. “The atmosphere in London before and during our match in 2018 was absolutely electrifying. Since then, we’ve kept in touch with our UK-based Titans fans and they’ve become one of our most enthusiastic fan bases. We can’t wait to see them again this coming season at Tottenham Hotspur Stadium and we know many of our fans here in Tennessee will be excited to make the trip as well.”

“We couldn’t be more excited to participate in a Germany game and introduce more of Chiefs to the world this fall,” said Clark Hunt, president and CEO of Chiefs. “Our team and our fans have had incredible experiences in London and Mexico City as part of the International Series in the past, and we look forward to helping the NFL in its effort to continue to grow the game in Germany.”

“We are thrilled to be selected to play in Germany this year,” said Robert Kraft, president, and CEO of the Patriots. “We are unbeaten in our previous three international matches, thanks in part to the excellent support of our fans. We know that some of our most passionate fans reside in Germany, and we hope to finally play a match there. We know that the fans will create an incredible atmosphere. We are confident that it will be a memorable experience and one of the highlights of the 2023 season.”

“The Jaguars and Wembley Stadium made history at the International Games in the capital in 2022, with the highest attendance of any NFL game in London and we are committed to Wembley for at least two more annual home games, with the aim of making each bigger and better than the last. However, our commitment to London and the UK goes far beyond a single home game each year. We have a loyal and continuously growing fan base that we greatly appreciate, our JagTag program reaches nearly 90,000 youth across the country, and the Union Jax Foundation ensures we can support a cross-section of vulnerable youth in society. The Jaguars plan to always be part of the NFL landscape in London and we are all looking forward to returning in 2023,” said Mark Lamping, president of the Jacksonville Jaguars.

With the expansion of the NFL schedule in 2021, up to four of the Conference teams whose teams are eligible for a ninth regular-season home game are now designated to play an international game at a neutral site each year.

Teams designated for the 2023 International Games: