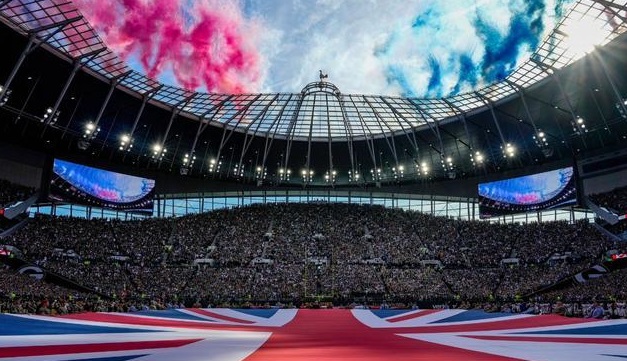 The American football league has announced through social networks that it will play games in the English and German capital
Some of the teams confirmed so far are the Bills, Titans, Jaguars, Chiefs, and Patriots

The NFL announced Thursday that games of the world’s best competition will return to England’s capital, London, and the German capital of Munich, two of the league’s main international venues.

Through a video on social networks starring Tottenham star Harry Kane, the NFL has announced that Buffalo Bills, Jacksonville Jaguars, and Tennessee Titans are some of those chosen to play this international game in the United Kingdom.

Since the Dolphins and Giants opened the ban in 2007, the competition organizes annual matches in London at Wembley Stadium and now also at the Tottenham Hotspur Stadium, the latter just built in April 2019.

The NFL has also announced that games will also be played in Munich, as Seahawks and Buccaneers did a few months ago. Two of the teams already confirmed for the German capital are Kansas City Chiefs and New England Patriots.

Once the playoffs are over, the league will announce the other participants of these international matches. Those interested can now register on NFL.com to learn more about ticket sales, which will open mid-summer.

BREAKING: The @BuffaloBills and @Titans will both play games at Tottenham Hotspur Stadium during the 2023 season.

The @Chiefs and @Patriots head to Germany as part of five International Series matchups, with @JaguarsUK in action at Wembley once again. pic.twitter.com/diamh8ggO5

The NFL’s expansion strategy to European countries is still going strong, and the organization has already set its sights on the Spanish capitals of Madrid and Barcelona, where games are expected to be played once the works of the new Santiago Bernabéu and the remodeled Camp Nou are finished.

NFL Playoffs: The Divisional Round Preview
Dak Prescott, NFL First-Round Playoff MVP
The Jacksonville Jaguars signed an agreement in 2012 with the English Football Association and thus have a preference to play at the legendary Wembley Stadium, where more than 20 NFL games have already been played.