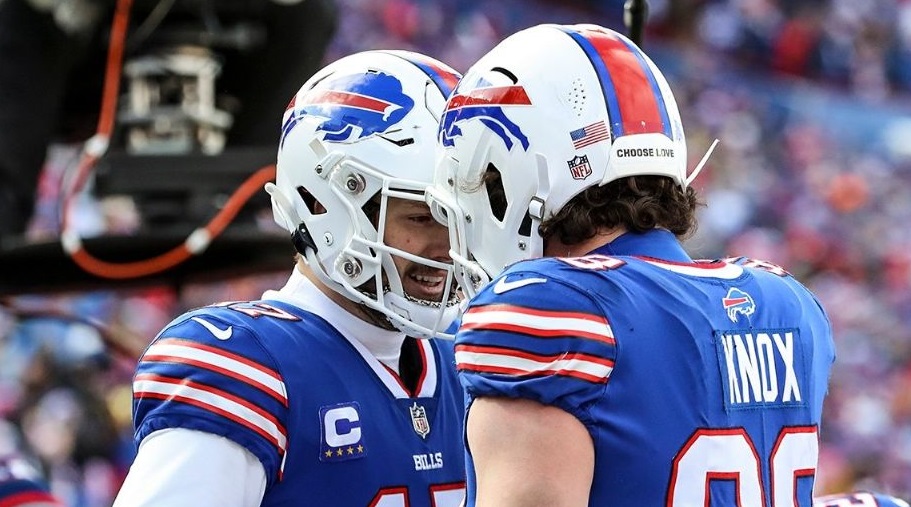 Josh Allen’s Buffalo Bills qualified for the divisional round of the American Conference (AFC) by defeating a harder-fought Miami Dolphins with much more trouble than expected.

The AFC East champions appeared to have a comfortable matchup against a disarmed Dolphins without quarterback Tua Tagovailoa because of concussion protocol and had lost five of their last six games in the regular season.

However, the Bills had to sweat until the end to knock down a very worthy opponent and thus close a tremendously tight victory after a sharp game that lasted almost four hours.

Both QBs left it all out there today 🤝 #SuperWildCard pic.twitter.com/U9WACB2gCG

The Bills made the playoffs with their player Damar Hamlin recovering at home after a Jan. 2 cardiac arrest against the Cincinnati Bengals.

MIAMI FACE PLANT
Perhaps buoyed by Hamlin’s spirits, Allen stepped on the gas from the start.

He signed a massive 52-yard pass to Stefon Diggs and, on the next play, accurately found the only available gap for Dawson Knox’s (7-0) touchdown.

It didn’t take long for Buffalo to extend their lead as before 10 minutes had been played, they were already leading the score 14-0 after a run goal by James Cook.

In front of Allen’s safety, Thompson got nervous and suffered an interception from Dean Marlowe on his second drive.

The Bills struck again at the start of the second quarter with a field goal (17-0) and it looked like the afternoon was headed for a beating.

But then Miami reacted admirably.

With three consecutive field goals, the Dolphins re-engaged in the game (17-9) and, above all, reorganized an attack that had been a bundle of nerves at the start.

The Bills lost steam and Allen suffered two interceptions in that quarter, the last of them by Xavien Howard and that opened the door for Mike Gesicki’s touchdown.

The inertia of the game favored at that time the Dolphins, who sealed the conversion of two points to tie the game (17-17) after achieving a 0-17 in 7 minutes.

Somewhat gripped, the Bills got at least one “field goal” in the last seconds of the second period to go to the break with an advantage (20-17).

Miami’s huge response — and the Bills’ short-circuit — continued on the restart when a loose ball from Allen ended in Zach Sieler’s recovery and touchdown to give the Dolphins the first lead of the day when only one minute of the third period had been played (20-24).

Allen had been virtually missing since the first quarter, but, faced with the obvious difficulties of the scoreboard, he stepped up when his team needed it most.

Taking his arm for a walk, but also resorting to the run, something that the Dolphins prevented in the first half, Allen revived a Bills who regained control with two scores from Cole Beasley and Gabe Davis (34-24 at the beginning of the last quarter).

Miami returned to the fray with a touchdown by Jeff Wilson at the start of the fourth period and Allen did not find a way to add in the Bills attack, so the Dolphins were planted with 4.24 on the clock and the possibility of achieving a huge feat.

However, the pressure was on Miami and Thompson, who stumbled with a game delay with fourth and one, and the Bills breathed a sigh of relief after a much thornier game than they expected.