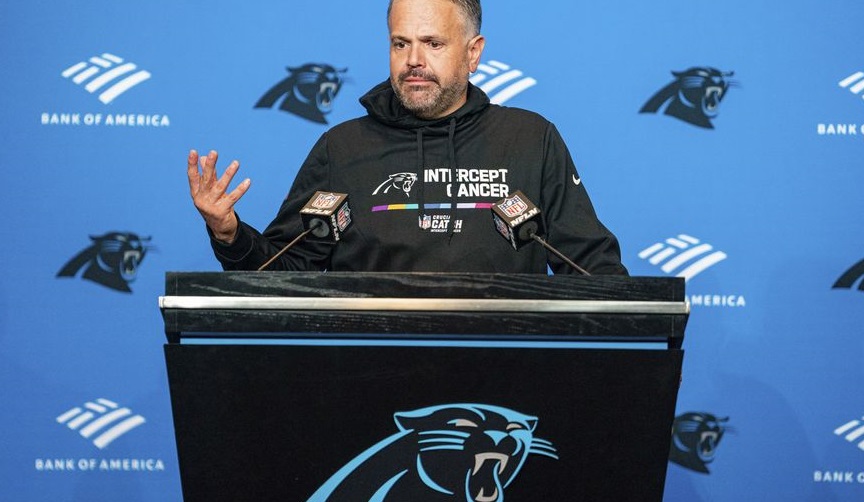 The Carolina Panthers announced Monday the firing of their coach Matt Rhule, after the mark of one win and four losses that the team accumulates until week five of the 2022 NFL season.

“The Panthers will part ways with head coach Matt Rhule. Steve Wilks, a charlotte native who served as an assistant coach, is named the team’s interim head coach,” was the message the Panthers shared.

After five games, Carolina is in last place in the South division of the National Conference with one win and four games lost, a record that presaged that the Panthers would accumulate their third year with a negative mark with Rhule at the helm.

Matt Rhule joined the team in 2020 under a seven-year contract in exchange for $62 million, but after just over two years with the Panthers, his numbers made his continuity untenable.

Among the main problems That Rhule did not solve was that of his offense which remained among the five worst in the league since he arrived.

In an attempt to improve the offense, the Panthers hired quarterback Baker Mayfield, formerly of the Cleveland Browns, for this season, something that did not change the landscape of the team.

After five weeks of the 2022 season, Carolina has the worst offense among the 32 NFL teams in average yards per game, it’s 28th against passing, 27th against ground play, and 25th in converted points.

Rhule reliever Steve Wilks had his first experience as a head coach in the NFL in 2018 when he took the Arizona Cardinals, a team with which he accumulated three wins and 13 losses; he was fired at the end of that campaign.

In week six of the 2022 season, the Carolina Panthers will visit the champion Los Angeles Rams this Sunday.