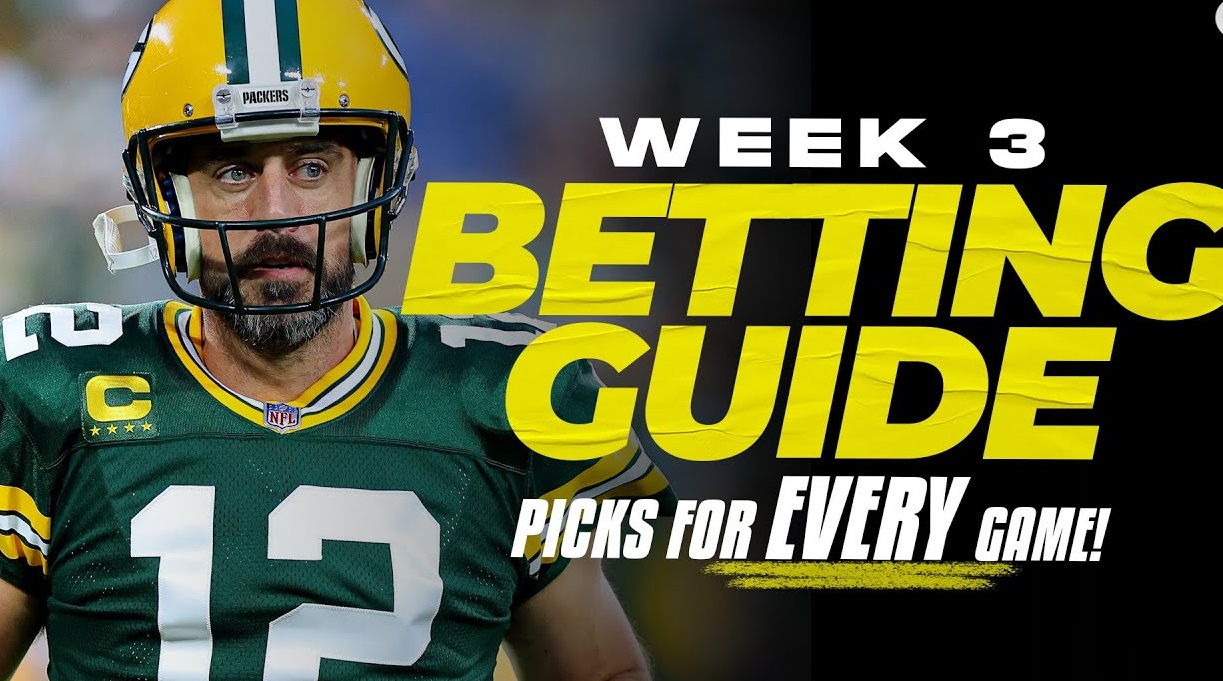 The third week of NFL picks, after a week 2 that did not leave a good taste in our mouths. This time the comebacks now fell in our favor (Miami, Arizona, Jets, Atlanta) after a week 1 in which it seemed like they all went the other way. The soccer gods giveth, the soccer gods taketh away, although it would be better for the nervous system to avoid sweating until the last second.

So far, the home side is 17-14-1 in wins. My favorites are 20-11-1. Only five won without covering the line. We’ve seen bellwethers of underdogs at home: Cowboys to Bengals, Bears to 49ers, Seahawks to Broncos; all by 6.5 points or more. Against the betting line, the favorites have struggled, 13-18-1. One stat that really stands out to me: underdogs of a field goal or less have had a terrible time, winning just 2 of 12 both straight up and against the line, and the figure includes the Jaguars’ win over the Colts, which started much higher than 3 points. Favorites of more than a field goal (3.5) are where the problems have come. There are lies, true lies and statistics, as Mark Twain would say. Just because it’s happened so far doesn’t mean it will happen again, but it shows how much variability there is in the NFL.

As usual, we will publish the Thursday night pick before the match and the rest of the day on Friday.

Pittsburgh Steelers at Cleveland Browns (-4.5, total 38.5).
I don’t blame you if, after last week’s Mahomes vs Herbert, you’re not excited for Trubisky vs Brissett. The worst: 20 mph winds are expected, strong enough to affect the passing game. Not for nothing is the total 38.5, the second lowest of the season behind the 49ers-Bears 38 under an apocalyptic storm in Chicago in Week 1.

That said. Trubisky, yikes. He’s basically the worst QB after two weeks in a league where Cooper Rush, Joe Flacco and even Jacoby Brissett himself have started. What an accomplishment. The Steeler’s offensive line has gone from lousy to slightly worse than average, but Maserati Mitch is #22 in completion percentage, #28 in success rate, #28 in EPA, and worst in yards per attempt and per completion. He’s not even successful when given time to throw. It’s not for nothing that the fans are clamoring for Kenny Pickett, who we’ll see if things get tough today.The key to the game is whether Pittsburgh can stop Brown’s ground game, which is the best in the league. The simplest way is with their offense: take the lead, take Chubb and Hunt out of the game, and force Brissett to throw. The QB is coming off one of his best games, but suffered an ankle injury and is unlikely to be 100 percent with three days’ rest. Cleveland allowed decent games to Joe Flacco and Baker Mayfield, with massive collapses in coverage that ended in touchdowns of many yards, but Pittsburgh has a worse offense than the Jets and Panthers.

The Steelers already felt the absence of T.J. Watt against the Pats, allowing 4.9 yards per carrying after the Bengals’ 3.9 in Week 1. In fact, they have never won without the younger Watt on the field (0-5). It continues the 2021 trend of the Steel Curtain getting rusty without the Defensive Player of the Year. The Browns will also have the debut of their starting right tackle, Jack Conklin; the league’s best line is now complete.

The point total (38.5) clearly indicates that not much is expected from these teams and add to that the fact that 20+ mph winds are forecast, with gusts over 30 mph. The wind affects even the best offenses: look at Buffalo last year against the Pats, Colts and Miami, and no one will ever mistake these Steelers and Browns for Josh Allen & Co.

I’m much more confident that Kevin Stefanski will have a proper game plan with little preparation. He’s 2-0 in his career on Thursdays. Of Mike Tomlin, it’s tricky, either because of his defensive history or because of the mandates of the owner, who thinks he still has Franco Harris or Jerome Bettis.

I doubt Pittsburgh gets to 20 points (they barely did it with a pick-six and overtime in Cincy), but I also doubt Cleveland scores many more. At the end of the day, the Steelers have been in two one-field goal games so far, the Brownies by 2 and by 1; let’s go for a repeat of that on Thursday night, boosted by weather that will allow the box to be filled with defensive backs and clog the ground game. Browns 20, STEELERS (+4.5, beltway) 17.