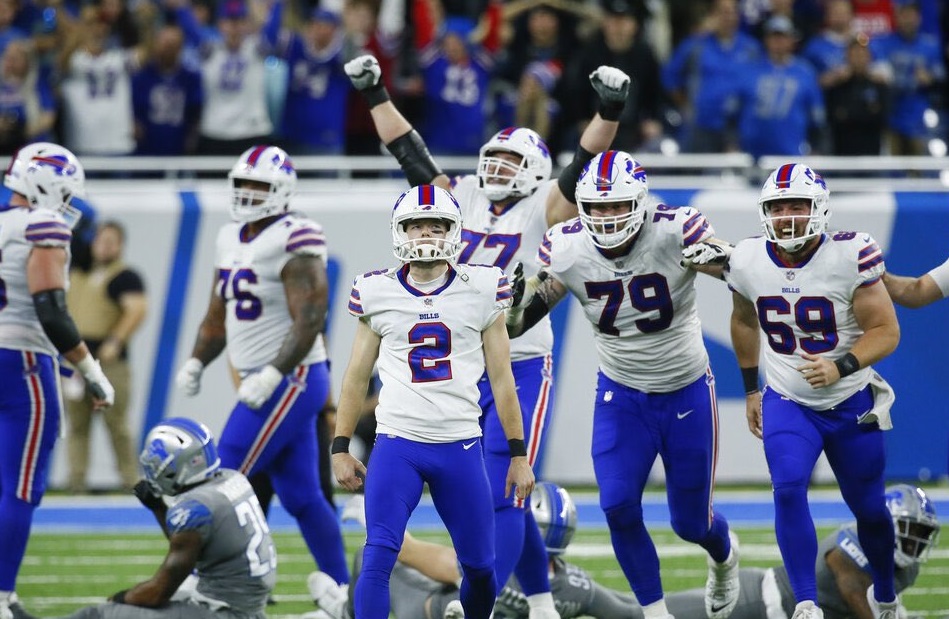 Tyler Bass broke the tie with a 45-yard field goal with two seconds remaining and the Buffalo Bills beat the Detroit Lions 28-25 Thursday for their second win in five days at Ford Field.

Josh Allen set the table for the game-defining field goal. He started the offensive series with a 36-yard pass to Stefon Diggs and made two carries for 12 yards.

Buffalo (8-3) has won two straight to move half a game ahead of Miami in the Eastern Division of the American Conference.

The Bills were back in Detroit after the NFL moved its previous home game against Cleveland to Ford Field as snowfall approached western New York.

On Thursday, they had to work much harder than against the Browns to take the win. Bass converted all six of his field goals in a 31-23 win over Cleveland.

Allen threw a five-yard touchdown pass to Diggs with 2:40 left to play. However, Bass missed the extra point and the score was 25-22.

The Lions converted fourth-and-one from midfield for Michael Badgley to tie the game with a 51-yard field goal with 23 seconds to play.

But Detroit (4-7) was shipwrecked in its attempt to string together four wins, something it hasn’t done since 2016. Instead, he suffered his sixth straight Thanksgiving stumble.