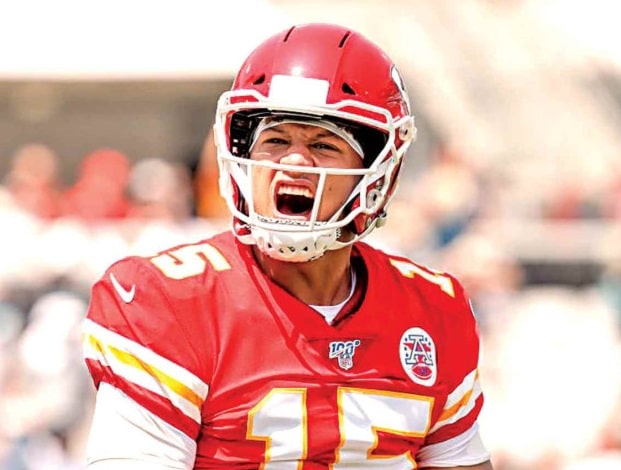 At the end of Sunday night’s game between the Lions and the Packers, there will be no more regular-season football. The National Football League will have exhausted the second schedule in history with 272 NFL games.

Starting next Saturday, the rest of the way to the big game in Phoenix will be played by only 14 legitimate contenders.

Once again and as has been customary since 2005 there will not be a two-time champion in the NFL, on the contrary, the Rams will be remembered as one of the worst monarchs (11 losses).

With 16 games to go (all divisional matchups), 19 teams remain on a chance of winning the Vince Lombardi trophy, the third-most all-time for the final weekend of the campaign, so the stakes are still high.

When it was announced Thursday night that the owners of all 32 organizations approved a change to the American Conference competition scheme, everything became more complicated. The NFL canceled the matchup between the Bills and the Bengals, so these two organizations were left with one game less. In an attempt to find a degree of fairness for AFC pole position contenders Buffalo and Cincinnati, the league determined that if the Bills or Bengals reach the conference finals as the lowest seed, the venue will be a neutral stadium.

In the American Conference, it remains to be determined the highest-seeded team, if the Chiefs get a victory this afternoon against the Raiders, that position will be theirs.

Also tonight the winner of the South division title will be decided. The Titans visit the Jaguars.

Tennessee or Jacksonville will join Buffalo, Kansas City, and Cincinnati as the four divisional winners in 2022.

Of the three AFC wildcard tickets, only one is available. The chargers and Crows have already secured a spot.

The Patriots take a playoff spot with a win over the Bills, while the Dolphins need a win and hope New England loses.

The Steelers need to defeat Cleveland and the Patriots and Dolphins.

In the 2022 campaign, 114 matches were decided with six points or less, so the tight scores have been the biggest constant.

In the NFC, the Eagles control their destiny, if they beat the Giants they tie the title of the East and incidentally the best record in the conference to rest the first week of the playoffs and receive the postseason at Lincoln Financial. If Philadelphia loses, pole position and division will go to the Cowboys with a win over Washington.

The Vikings (North), 49ers (West) and Buccaneers (South) have already secured their sectors.

In addition to the order in the ranking, a wild card ticket is also at stake in the NFC. The Giants and either the Eagles or Cowboys already have two of them, the other is in control of the Packers. If they beat the Lions, they advance. Detroit needs to win and expect Seattle’s defeat. H. Marinos a triumph and defeat of Green Bay.

For pole position
With the NFL’s decision to cancel Monday night’s suspended game between Buffalo and Cincinnati, a victory for today’s Las Vegas Chiefs makes them the AFC’s top seed.

The Chiefs have scored 28 or more points in nine straight games against the Raiders, a team that no longer fights for anything.

The Kansas City Chiefs have scored 264 points away from home this season, averaging 33.0 points per game.

The Division at stake
Tonight’s battle between Jacksonville and Tennessee will decide the AFC South division title. The two franchises entered 2022 with very different expectations and few thought they would be fighting for a playoff spot in the final week of the season.

The winner takes all.

The Jaguars are looking to sweep the season series with the Titans for the first time since 2005.

Closed season
114 games have been decided by six points or less.

51 organizations have risen from deficits of 10 points or more to win.

18 teams have no losing record.