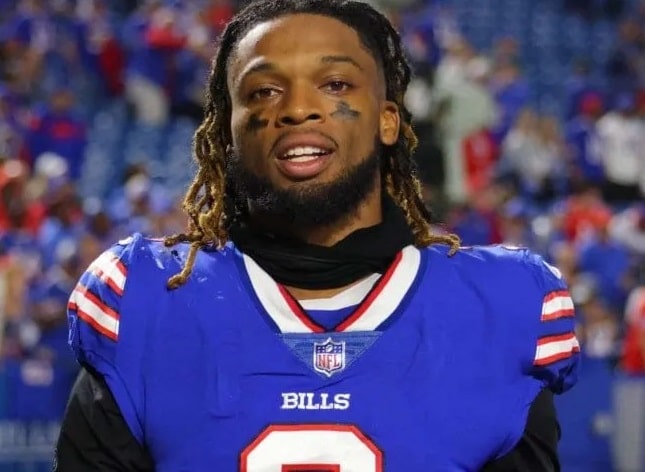 Damar Hamlin, a Buffalo Bills player who suffered two cardiac arrests and was admitted in an induced coma in a Cincinnati hospital after a brutal blow in the game against the Bengals, evolves favorably; He has already opened his eyes and shocked the doctors with a question.

“Did we win?” That was the first thing Damar Hamlin wanted to know. Obviously, he never found out the partial result of the match until his accident caused the match to be suspended and declared, days later, canceled. The doctors, according to ESPN’s Adam Schefter, responded, “Yes, you won. You won the game of life.”

“According to the physicians treating Damar Hamlin at the University of Cincinnati Medical Center, Damar has shown remarkable improvement over the past 24 hours. Although he is still seriously ill, he has shown that he appears to be neurologically intact,” the Bills said, cautiously but optimistically.

Damar Hamlin suffered cardiac arrest in the Bills’ game against the Bengals. The play immediately preceding the incident was a brutal blow to his chest by Tee Higgins. Hamlin sat up but immediately faded away. He was assisted with Cardiopulmonary Resuscitation and was rushed to the Intensive Care Unit of the University of Cincinnati hospital, where he remains today despite improvements.

“Damar remains in the ICU in critical condition, albeit with signs of improvement noted yesterday and overnight on Wednesday. He is expected to remain in ICU while doctors continue to monitor and treat him,” the team’s board said in a statement.