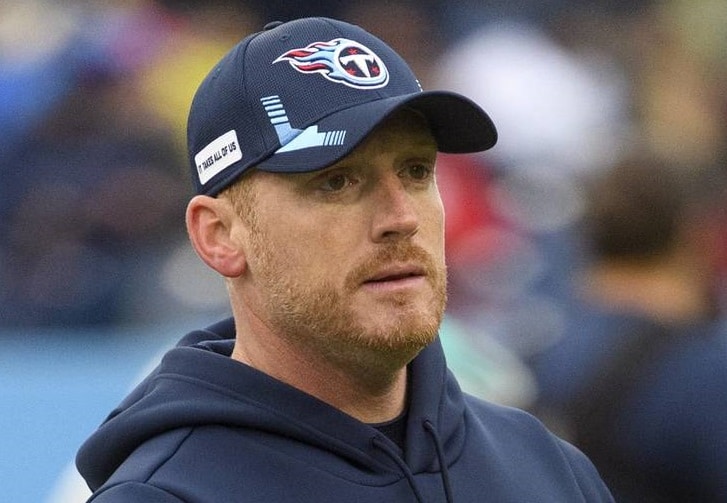 Downing’s coordinated attack delivered its best performance of the season and Tennessee (7-3) won for the seventh time in eight games.

“We are aware of reports about Todd Downing, and are in the process of gathering additional information,” the Titans said in a statement.

The arrest left Downing at risk of punishment by the NFL.

“We’ve been in contact with the club to discuss how this will be reviewed,” NFL spokesman Brian McCarthy said. “All league and club personnel, including coaches, are subject to potential disciplinary action when it is determined that an infraction has been committed.”

Titans head coach Mike Vrabel said he spoke with Downing, majority owner Amy Adams Strunk, general manager Jon Robinson and NFL officials. Vrabel said the league has policies on these incidents, and the Titans will make sure the NFL has all the information it requires.

Vrabel also stressed that he could not answer many questions, given that legal and NFL proceedings are ongoing.

“I will say however that we all have a great responsibility as members of this community, coaches, players of this organization, fathers, husbands and peers, to make big decisions, and we understand that,” Vrabel said.

Vrabel noted that the Titans have had a program for employees to request a vehicle to drive them home, regardless of the time, since before the coach was hired in January 2018.

Titaninsider.com was the first outlet to report the arrest.