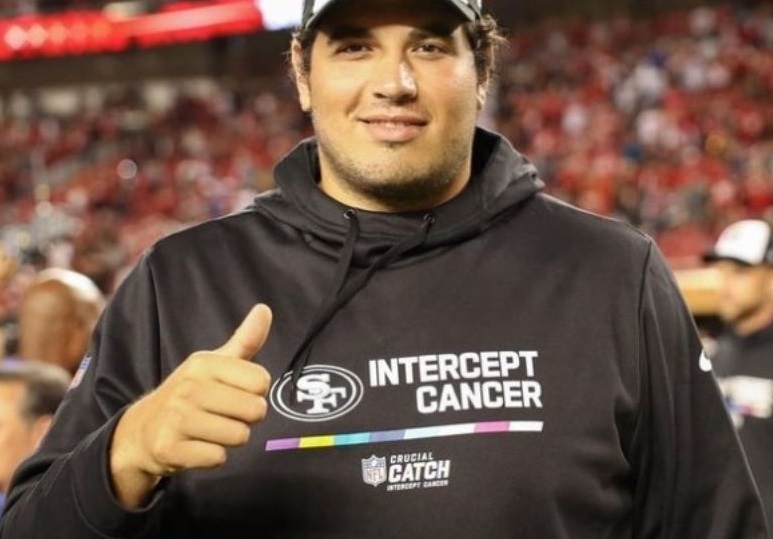 Mexico has a list of national athletes who shine in other parts of the world, such as the character we will talk about today, Alfredo Gutiérrez, the Mexican who plays with the San Francisco 49ers.

Last Saturday, January 14, the meeting between the San Francisco 49ers and Seattle Seahawks surprised everyone, but more to the Mexicans for the presence of this compatriot who is leaving his mark on the NFL.

This young Mexican advances to reap his dream, to be part of the NFL, the highest American football league not only in the United States but in the world.

Who is Alfredo Gutierrez?
Originally from Tijuana, Baja California, Alfredo Gutiérrez Urías, with only 27 years plays as an offensive tackle with the San Francisco 49ers.

Since childhood, Gutiérrez Urías knew that his desire was to be an athlete, so he decided to start a process in the National Collegiate Athletics Association of the United States (NCAA for its acronym in English).

His first step was with the Borregos football team of Tecnológico de Monterrey, where he concluded his higher studies, there he was part of the University American Football League in Mexico.

With the Borregos, he won the ONEFA National Championship in 2019 during the so-called ‘classic’, played against the Authentic Tigers.

Alfredo Gutierrez arrives in the NFL
Thanks to his performance on the school team, he managed to enter the NFL’s International Player Program, where he tested his talent.

It was in May 2021, when Tijuana received a phone call in which Adam Peters, assistant to John Lynch, who serves as general manager of the 49ers, informed him that he would have an opportunity to be part of San Francisco.

Their first official game was on August 20, 2022, during week 2 of the 2022 preseason against the Minnesota Vikings, where the Bay Vikings won 17-7.

The match ball was awarded to him at the end of the match for his debut as an outfield player, which earned him the congratulations of his team with this gesture.

Now you know who Alfredo Gutierrez is, the Mexican who plays with the San Francisco 49ers and who is the pride of Mexico!