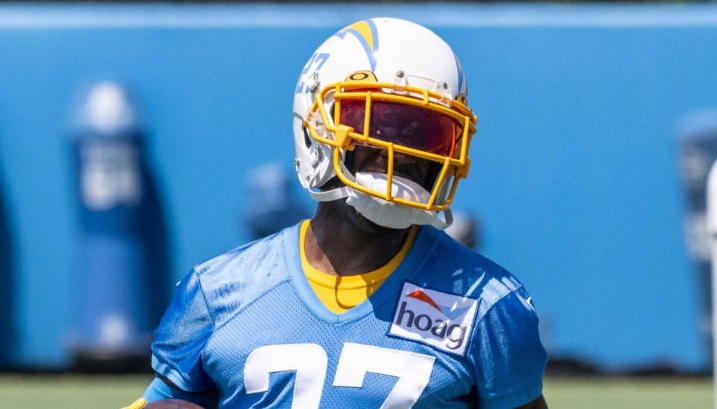 Bad news from the Chargers. CB J.C. Jackson, recently acquired by the organization during the current offseason, has undergone surgery and is in doubt for the start of the 2022 NFL Season. In this article, you will find the details of Jackson’s mishap and the immediate outlook they will handle in Los Angeles.

Via ESPN’s Adam Schefter and Lindsey Thiry, it was confirmed Tuesday that CB J.C. Jackson underwent ankle surgery today by Dr. Martin O’Malley at the New York Hospital of Special Surgery, with an estimated recovery time of 2-4 weeks, putting his presence in jeopardy for Week 1 of the 2022 NFL Season, when the Chargers host the Raiders on Sept. 11 at 3:25 p.m. Central Mexico time.

More details: J.C. Jackson underwent ankle surgery today at the New York Hospital of Special Surgery.  Procedure was performed by Dr. Martin O'Malley. Jackson’s estimated return is approximately 2-4 weeks, leaving his status for the opener against him the Raiders in question. https://t.co/r3Ft0Dojuq

This is truly sad news in Los Angeles, which only acquired the 26-year-old Jackson in mid-March from New England, who signed the Immokalee, Florida, native as an undrafted free agent in 2018. Over three seasons with the Patriots, Jackson played a total of 62 games, 39 as a starter, and recorded 25 INTs, 158 tackles, and 53 passes defended, with 23 last season leading the NFL in that category.

Finally, it is worth remembering that Jackson is currently under contract until the 2026 NFL Season after signing a 5-year, $82.5 million contract upon his arrival in Los Angeles, placing him among the 10 highest paid cornerbacks in the league with an average annual salary of $16.5 million dollars, so, undoubtedly, his departure would be a great loss for the team.

Will J.C. Jackson arrive in time for the start of the regular season? How would his loss affect the Chargers? We’ll read you in the comments below this article and also on our social networks.