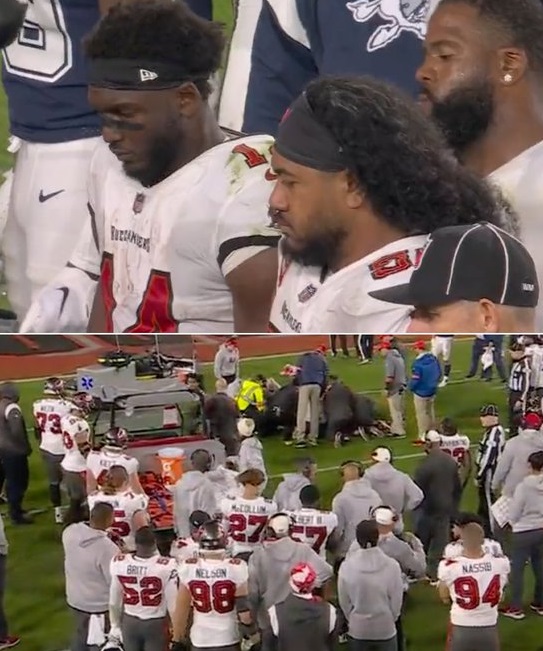 During last Monday night’s wild-card round game between the Cowboys and Buccaneers, he revived the fear of the players and the nervousness of the fans; as well as NFL officials when receiver Russell Gage didn’t get off the field.

The last minutes of the final quarter of the wild card game were played where the Bucs tried to get closer on the scoreboard, Tom Brady threw a pass to Russell Gage that was incomplete due to the presence of the Dallas defensive back and the blow did not look strong at the time of the play; however, in the television show it was noticeable that Gage tried to get up on a couple of occasions and his body did not respond completely.

Immediately, the Tampa Bay team’s medical team entered the field to help him and this brought to mind all the minutes that were lived a few weeks ago in the Bills game when Damar Hamlin had to be resuscitated on the gridiron.

Tampa Bay and Cowboys players looked worried and knelt down to pray and wish the best around Gage as he was cared for, minutes later the Bucs player was transported in the misfortune cart off the field and subsequently placed in an ambulance to be taken straight to the hospital.

The Cowboys and Bucs gathered on the field after Russell Gage Jr. went down with an apparent injury.

He was carted off the field. pic.twitter.com/kL4JlsgzO1

The game was not suspended and finished playing without further setbacks Russell Gage is expected to have nothing serious it was reported that he was always conscious and the good news is expected after the medical examination.