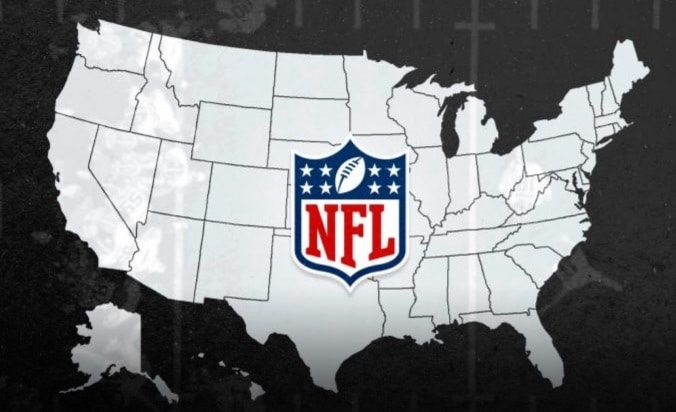 The NFL is preparing for another 12-game Sunday afternoon slate in Week 5. There are the usual three prime-time games and another London game that will stand alone on Sunday morning.

Per usual, Fox and CBS are splitting their coverage of the Sunday afternoon games. Since there are an even number of contests this week, they are being split right down the middle; usually, one has an advantage in the number of games broadcast, but that isn’t the case this week.

That said, Fox will be broadcasting a doubleheader in Week 5 while CBS’ regional coverage will feature just one game. So, this is Fox’s week to have the upper hand among the broadcasting giants.

Fox will likely rely on some of the NFC’s best teams to drive coverage in Week 5. The Buccaneers vs. Falcons game should be the marquee matchup in the early window while most of America will get to watch Cowboys vs. Rams in the afternoon slate.

As for CBS, its coverage will more regionalized, but the focus will be on an interesting Bills vs. Steelers contest. Rookie Kenny Pickett is making his first career start against Buffalo’s stellar defense, so many fans will have an interest in how he performs.

Below is the full NFL coverage map for Week 5, plus a list of major TV markets and the CBS and Fox games that will be presented in each on Sunday.

The “Sunday Night Football” matchup in Week 5 will feature an AFC North game between the Ravens and the Bengals. Last season, Cincinnati beat Baltimore soundly in the two meetings between the teams. Joe Burrow has thrived against the Ravens’ blitz-heavy defense but Lamar Jackson will be able to run on the Bengals’ defense with nose tackle D.J. Reader out of action.

“Monday Night Football” is also a divisional matchup in Week 5. The Raiders (1-3) will look to upset the Chiefs (3-1) on the road at Arrowhead Stadium. Kansas City won both of its meetings with Las Vegas with ease last season, so Josh McDaniels’ squad will be out for revenge in this one.

Below are the Sunday afternoon games that will be broadcast regionally by CBS and Fox.